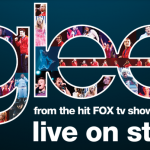 Tour website- gleetour.com Twitter for tour- @GleeTour If you're a gleek like me, you'll be feverishly looking through the tour dates and venues to make plans to watch Glee! Live! In Concert! when they tour through your area; or maybe you'll become a gleek roadie and see them perform several times.  Whichever is the case, get ready to see McKinley High's New Directions … END_OF_DOCUMENT_TOKEN_TO_BE_REPLACED 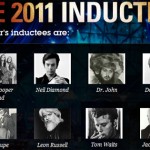 Congratulations to the 2011 Rock and Roll Hall of Fame inductees!  They will be joining a history of greats including Michael Jackson, Janis Joplin, Elvis Presley, Bob Dylan, Patti Smith, and so many more.  I'm looking forward to their exhibit Women Who Rock: Vision, Passion, Power running from May 12, 2011 until February 26, 2012. The Hall of Fame induction ceremony will air … END_OF_DOCUMENT_TOKEN_TO_BE_REPLACED

I love the premise for the NewNowNext awards show. Instead of looking at the past year, this awards show looks for up and comers, the trendsetters. After all, they should be recognized as well.  Plus, we the fans get to vote for our favorites.  I've put the list of categories and my picks below. I'd love you to comment with your own picks. ~Ifelicious Online voting … END_OF_DOCUMENT_TOKEN_TO_BE_REPLACED