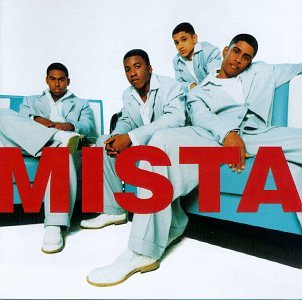 If you’ve been following this blog lately or my tweets or my Facebook statuses, you know that I spent some time in Atlanta this past week during which time I took a few moments away from bonding with my fam to interview Bobby V.  In preparing for the interview, I learned that he got his musical start in Atlanta as a part of the group Mista.  The group also included Darryl Allen, Brandon Brown, and Byron Reeder. In 1995, the guys (who were in their mid-teens at the time) were signed to Elektra and released their first album “Mista” in 1996- produced by Organized Noize.

I 100% agree with Bobby V who spoke to me about his days with Mista and their debut album during our interview, “It was a real great album. I listen to that album today, and it was almost before it’s time, and I think that that’s why Mista didn’t do as well as we should have…A lot of those songs could come out now and be successful.”

The first single and only video they released was for “Blackberry Molasses“- a song that talks about life’s tougher times and offers some hope in the chorus “You gotta keep pushing on. The sun don’t rain all the time. There’s gonna be some heartache and pain.”

I still don’t know why the song uses the words “blackberry molasses,” but it works. I’m one of those people who are drawn to dark, painful, heartfelt songs, and “Blackberry Molasses” has been one of my anthems that I turn to when I’m feeling down (it’s on my “rainy day” playlist).  Depending on what’s going on in my life, different parts of the song take on deeper meaning.  For example, now the part when Bobby V sings “Woke up Sunday morning, got a little bad news today” has current significance when I listen to the song.

Man! I wore out that album, playing it from end to end. “Things You Do” had this old school funk vibe. “Tears, Scars, and Lies” was probably my other favorite besides “Blackberry Molasses.” Mista recorded a second album that was never released and the group eventually folded.

If you’d like to read more about Mista, I found an article on HipOnline.com to be very good- click HERE.

Read all of my blog posts related to Bobby V (including an interview with Atlanta’s Myko and Bobby V’s support of the Forever K. Michael eyewear collection) by CLICKING HERE.

Check out all of my Throwback Friday posts by CLICKING HERE.