You are here: Home / ifelicious music / Bobby V to release “Fly on the Wall” in March 2011, interview coming soon! 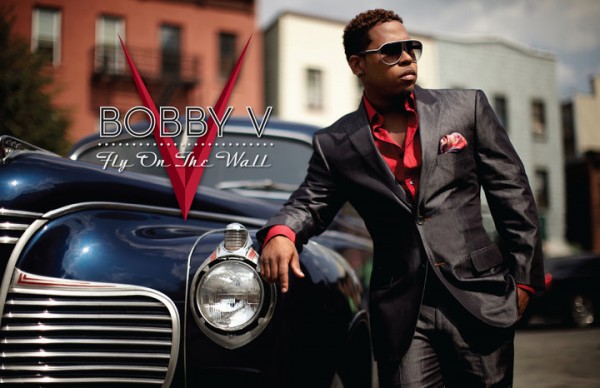 Here’s the latest news on Bobby V.  I will be interviewing him so I figured I’d get y’all juiced up in anticipation of the accompanying blog post and hopefully some live video footage, too!  Keep it bookmarked to ifelicious.com!  😎 ~Ifelicious

Bobby V, who changed his stage name from Bobby Valentino as the result of a British singer that goes by the same name, is about to launch his fourth solo album entitled “Fly on the Wall” on March 22, 2011.  So far, he’s already released two three singles from the album “Phone Number (feat. Plies)” (download on iTunes and Amazon) and my personal favorite…and ringtone when my hubby calls 🙄 …”Words” (download on iTunes and Amazon), and “Alter Ego (feat. 50 Cent)” that are already inching their way up the R&B charts.  I believe “Words” has that “it” factor to rival the success of the 2005 mega R&B hit “Slow Down” from Bobby V’s self titled debut album.  The video for “Words” is currently up for vote to appear on BET’s “106 & Park.”  When you go to Bobby V’s website, www.just?bobby.com, you are temporarily redirected to the “106 & Park” voting page or you can go directly to BET.com and vote for it HERE.

Additionally, Bobby V is running several promotions that enable you to pre-order “Fly on the Wall” as well as score some really great swag.  It’s a perfect gift or treat for yourself for Valentine’s Day.  Prices for pre-order packages range from $17.99 to $59.99.  As an extra special touch, if you send Bobby V a twitpic of your “Fly On the Wall” pre-order (@BobbyV) he will set up a personal Skype date with you.  That’s an unprecedented move so I’d love to see how that all plays out, especially if you fans inundate him with pre-orders.  Hopefully, he’s a man of his word ’cause he done tweeted it.  😉

Bobby V’s personal message to his fans uploaded on January 31, 2011:

(LOS ANGELES) Critics have called him a genius, one of the most compelling and important singer/songwriters of his time. He is an elegant ambassador of soul, he has proved he was no ordinary R&B singer with his hit single “ Phone Number” recently debuting on radio stations and quickly gaining momentum through the R&B world.

Music’s leading producers have been clamoring to work with him, his ability to write from the heart and his life experiences. Fashion aficionados cannot get enough of his incomparable style; and the humanitarian community has rallied around his fight to end poverty in third world countries. Bobby V is expanding his philanthropic efforts The Bobby V. Foundation, which focuses on the value of higher education. The Clark Atlanta graduate shares, “Going to college was one of my best experiences and I just want to provide that opportunity [for others] and stress the importance of being educated.”

With all of the acclaim of his success, it would be easy for Bobby V to rest on his laurels, but he continues to push himself, always striving to break new musical ground. Bobby V has experienced the best the music industry has to offer while working with some of the game’s elite. The two time Urban Music award winner has become famous for tracks like “Anonymous,” Lil Wayne’s “Ms. Officer” and been featured on Ludacris’s track ”Pimpin All Over the World.” He’s been blessed to be a fly on the wall with industry heavyweights like Ludacris and Lil Wayne. No wonder he’s calling his fourth album “Fly on the Wall.” Bobby V’s “Altered Ego” music video which features “50 Cent” has hit the web. It includes scenes from previously-unveiled clips. “Altered Ego” reportedly comes from production hands of “Dre” and “Vidal.” The song is taken from the recording session of Bobby’s upcoming fourth studio album “Fly on the Wall.”

“This album is a testament to my experiences in this industry and through it all; I’ve been a Fly on the Wall learning the ins and outs of the music business along the way.”

Stay tuned to my interview with Bobby V coming soon!!!