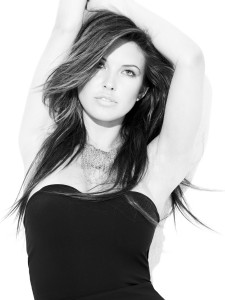 Check out article and photos in Celebrity-gossip.net about a sighting of Audrina Patridge filming her new reality show in West Hollywood on January 23. 3011- click HERE.  Audrina has released her own free iPhone app (download here).  She’s also opened the voting for her YOBI.tv web series and shared the news via twitter a few days ago:

Anyone 18+ can win an Acting deal and co-star with me in the new YOBI.tv web series “Dream Maker”! (link no longer active)

Below is an excerpt of the latest press release from VH1 regarding Audrina’s upcoming show:

SANTA MONICA, CA – This April, Mark Burnett and VH1 are teaming up to give viewers a never-before-seen look into the life of Audrina Patridge, a favorite of MTV’s “The Hills” and ABC’s “Dancing With The Stars,” on VH1’s “Audrina.”

Cameras roll as Audrina takes her career to the next level while working to maintain some sense of normalcy. With the stress of being hounded by the paparazzi, a high-stakes career and looking for Mr. Right, will Audrina manage to handle the pressure and stay grounded?

Besides Audrina’s blossoming career and tumultuous love life, the television personality has something else to focus on – her family. VH1’s “Audrina” will introduce the world to a never-before-seen side of Audrina – her large, outrageous, Orange County family. As she advances her acting, modeling and business career, she is juggling a prominent role in her large, tight-knit family. With her tell-it-like-it-is mom, Lynn, and chilled-out dad, Mark, at the center of this crazy bunch, Audrina is still expected to have an active presence in the lives of her three younger siblings: former wild child Casey, now married to motocross star Kyle Loza and mother of two; genial younger brother Marky, who aspires to pro motocross himself and has an annoying habit of befriending Audrina’s exes; and 15-year-old sister Samantha, who is already exhibiting a rebellious streak that could put Casey and Audrina’s to shame.