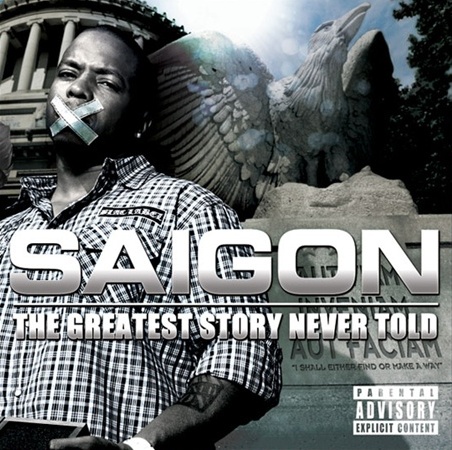 Watch the video for the title track “The Greatest Story Never Told” below:

Listen to the song “Clap” featuring Faith Evans also from the album:

New York based hip-hop artist Saigon, who also starred in the hit HBO TV series “Entourage,” has announced a series of in-store appearances at FYE locations the week of release. Meet Saigon and pick up an Exclusive FYE Deluxe 2CD Edition of “The Greatest Story Never Told” featuring 5 bonus tracks at one of following locations.