You are here: Home / ifelicious music / Strobe light on DJ Louie DeVito and success of The New Dance Mix USA 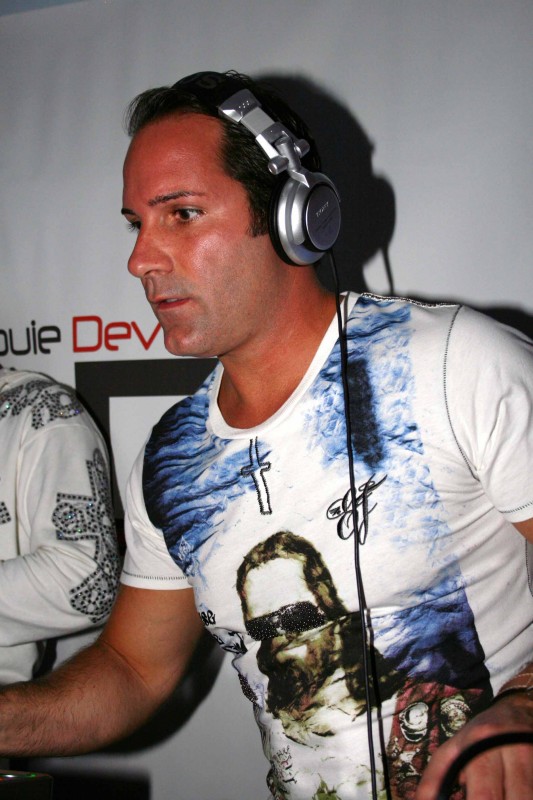 The only copy of the third disc, I gave it to my mom…As long the CD has my name on it…it doesn’t matter because she’ll dance to it in her car.  It’s quite funny, though..she’s pulling up to her house and she’s got the CD blasting, and you can hear it coming out through the windows. -DJ Louie DeVito

Imagine being at your favorite club and hearing a series of songs like “Bad Romance” by Lady Gaga, “Tik Tok” by Ke$ha, “Replay” by Iyaz, and “Stereo Love” by Edward Maya (one of my personal favorite club tracks right now).  Next, the DJ takes us back a bit with a couple of classic hits like “Gypsy Woman” by Crystal Waters and “I’ll House You” by the Jungle Brothers.  You take another sip of your cocktail with your girlfriends or your gays, you’re feelin’ irie, the DJ cues up “According to You” by Orianthi, and the whole club breaks out in a shout along:

Everything is opposite, I don’t feel like stopping it
So baby tell me what I got to lose
He’s into me for everything I’m not
According to you

Guess what?  You can find all of those tracks and more on The New Dance Mix USA remixed with fresh beats from additional artists to keep you revved up on the dance floor, whether at the club or in your living room, by New York native yet world renown DJ Louie DeVito.  The compilation, picked up by Phase One Communications (find them also on Facebook and Myspace) and produced by Frankie Blue, has done well on the Billboard Dance Charts since it’s release in October 2010 peaking at #6.  The 30 song collection can be downloaded from places such as iTunes and Amazon or purchased in a 2 CD format online or in stores like F.Y.E. (see my blog post “The return of ‘Dance Mix USA’…” for more details).  Additionally, several download sites include 2 additional tracks under the title “Continuous DJ Mix.” There’s also a Special Deluxe Edition that includes a 3rd bonus CD available at select online sites such as Amazon and select store locations such as Best Buy.

Ifelicious:  How did you get involved with The New Dance Mix USA?

Louie:  The original series was actually kind of mixed together, but they didn’t have a DJ.  Frankie Blue, who is the executive producer on The New Dance Mix USA…used to be the program director for KTU 103.5 in New York.  He had reached out to me back in January [2010] about doing some projects with Phase One…They wanted me to do some remixes. I said ya, I’m definitely on board for that. And then I noticed their release schedule and saw that they were putting out The New Dance Mix USA, and I said, ‘If you’re looking for a DJ, I’m your man’…Once they heard I was interested, it was a no brainer to team up.

Ifelicious:  That’s great.  I’ve listened to the whole thing more than once.  It’s my cleaning CD.  I hope you don’t take that as an insult, but for stuff I hate to do, I need music to get pumped me up so I usually pop in something like a mix CD.  I’ll play yours straight through, and then I’m like ‘Alright, it’s done.  I’ve got through all my yucky stuff.’

Louie:  No, I take that as a compliment.  I know a lot of people who hate working out or being on the treadmill and they say they pop in one of my CDs and now they pop in Dance Mix USA, and they’re like ‘It makes an hour of cardio that go by that much quicker…’

Ifelicious:  How were the songs chosen?  I would imagine that it’s kind of difficult to narrow down.

Louie:  We probably had a list of close to 100 songs that we were trying to license, and between trying to get the licensing from some major artists and some major labels, it’s difficult to do.  Some artists who aren’t necessarily a dance artist maybe don’t want a dance mix out to the masses.  To get off the subject a little, I think with the Dance Mix USA and with DJs and producers like David Guetta are doing, bringing dance music to the mainstream, is really helping.  To go back to the licensing thing, there were definitely some songs that we wanted to include on the package that we couldn’t license or they were going on other compilations…Some of the dance independent labels that I had picked a few songs, they didn’t want to license them out yet because the songs weren’t released yet here in the States.  A lot of dance music originates in Europe, so it was a challenge…I feel great about the tracklisting but I see how successful this brand can be again that the next one that comes out next year (2011) is going to be even bigger and better than this one, so I’m already excited about working on the next project.

Louie:  Exactly.  You know with artists like…David Guetta, Kelly Rowland, Lady Gaga.  These are true dance artists, so it’s really going to help the genre grow so much.  Everyone from Flo Rida to a lot of hip hop artists are transitioning and doing dance records which is really going to help dance music be more successful in this country.  That’s been my goal ever since my first CD in 1999.

Ifelicious:  What’s the feedback been from other artists…that you’ve used in the Dance Mix USA.

Louie:  Oh, everyone loves it.  We’ve been getting such positive feedback…we actually had Wynter Gordon, Kelly Rowland, and Mariah Carey even tweeting about this Dance Mix USA saying, ‘You gotta get this CD. It’s a great CD.’  It includes…’Commander’ by Kelly Rowland or ‘Obssessed’ [by] Mariah Carey, and then one of my favorite tracks on the whole CD is ‘Dirty Talk’ by Wynter Gordon…and even Lucas Prada, me and him worked on a track together and he’s just so excited.  I mean he calls me up literally everyday and is like, ‘Bro, I’m so happy that I’m on this CD.  You know, everyone tells me that they love our song.  They love the mixing,’ so it’s great to have other people as excited about it as I am.

Louie: The sales have been phenominal…The reorders are coming in every week…People are already asking, ‘When’s the next one coming out?’

Ifelicious:  I read there was a triple CD version.  What’s on that triple CD?

Louie:  The third bonus disc [includes] some other dance remixes [by artists such as] Kerima and Serani.  There’s a few other songs.  The funny thing is I don’t even have a copy of the third CD in front of me…The only copy of the third disc, I gave it to my mom…As long the CD has my name on it…it doesn’t matter because she’ll dance to it in her car.  It’s quite funny, though..she’s pulling up to her house and she’s got the CD blasting, and you can hear it coming out through the windows.

Ifelicious:  Oh, that’s great, and your mom is probably your number one fan, too.

Ifelicious:  Are they doing TV ads for this?

That’s it for our chat on The New Dance Mix USA.  I’ve posted the track listing for all three CDs at the very bottom.

Also, if you’re feigning to hear some of the earlier Dance Mix USA compilations, I found that Target.com sells most, if not all, of them- click HERE.

Flashback: Watch one of the TV ads for Dance Mix USA from the 1990s. 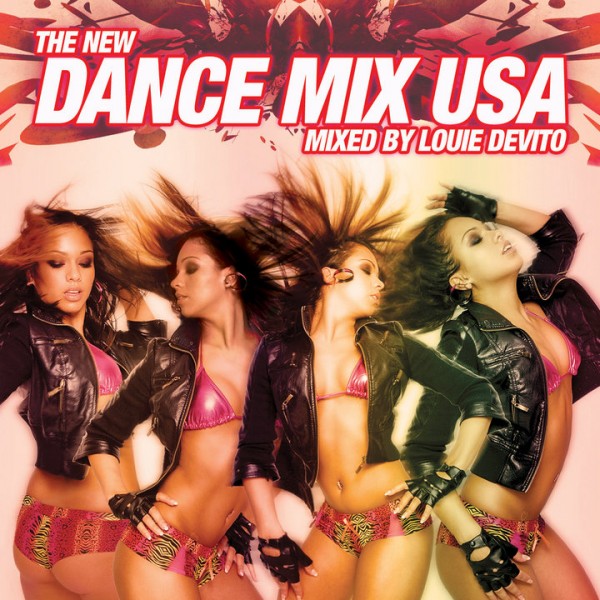 * only available when downloading entire album from certain websites

Want to read more about The New Dance Mix USA and DJ Louie DeVito on my blog? CLICK HERE.