You are here: Home / Beauty/Fashion / 0Three Media and Rock & Republic team up with Brittany Snow’s Love is Louder for t-shirt design contest 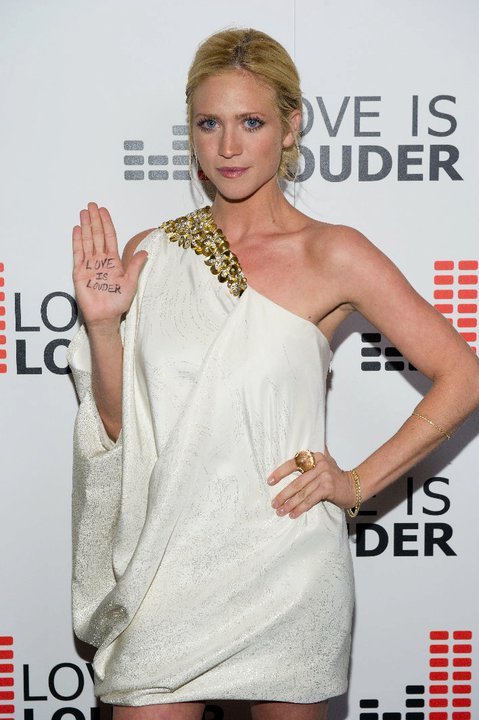 0Three Media and Rock & Republic will host a contest that encourages everyone to take a stand against bullying by creating a new T-shirt that will be sold at Rock & Republic retail outlets with a portion of the proceeds going to Love is Louder.

0Three Media (www.0three.com) and Rock & Republic (www.rockandrepublic.com) have teamed up to promote Brittany Snow’s charitable endeavor “Love is Louder” (www.loveislouder.com) and create a T-shirt that will be sold at Rock & Republic‘s online and retail outlets and unveiled at an in-store event on February 15th, 2011, a portion of proceeds will benefit Love is Louder and The Jed Foundation (www.jedfoundation.org). In an effort to create a unified voice and turn up the volume to promote love over bullying all are encouraged to express themselves through art. From now until January 20th 2011, 0ThreeMedia and Rock & Republic will be accepting submissions for an exclusive Love is Louder design to appear on a T-Shirt created by Rock & Republic. “This is truly an amazing opportunity for youth across the country to raise their voices and make a difference. I am so proud to be a part of this project, and have the utmost respect for teens brave enough to be who they are, and all those who support them,” said Thom Vest, CEO of 0Three Media.

Love is Louder’s creator and front-woman Brittany Snow will pick the winning design, which will be unveiled at the Rock & Republic Valentine’s event to support Love is Louder at their store located at 105 South Robertson Boulevard in Los Angeles, CA. The event is scheduled for February 15th 2011 from 7:30 – 9:30 and will feature a DJ, open bar, Hors d’oeuvres and VIP gift bags. This is an unparalleled opportunity to speak out against bullying and support those that feel mistreated or alone.. “Rock & Republic is proud to be hosting this event to help raise the volume on the message that no matter what; love is stronger than hate and that by supporting one another we can make a difference,” exclaimed Michael Ball, CEO and Creative Director for Rock & Republic… (read the rest of the press release HERE)

Design submissions can be sent to loveisloudercontest@gmail.com.

Anyone can raise the volume on the Love is Louder movement by joining in the conversation on Facebook and Twitter*, or by uploading a brief video (30 seconds or less) at http://your.mtv.com – telling the world what they believe love is louder than. Make sure to tag your video with loveislouder. Some examples for how to lend your voice are:

*Please include the hashtag #LoveisLouder and the URL http://tiny.cc/louder in all tweets.