I was so hooked on Amber Portwood, Maci Bookout, Farrah Abraham, and Caitlyn Lowell from the first season of MTV’s “16 and Pregnant” followed by “Teen Mom: Season 1” and “Teen Mom: Season 2” that I wasn’t getting into the “16 and Pregnant: Season 2” gals. Well, if you’re like me, it’s time to get online or catch a marathon of the latest season of “16 and Pregnant” because “Teen Mom 2: Season 1” will feature four new ladies Jenelle Evans, Chelsea Houska, Leah Messer, and Kailyn Lowry.  MTV’s Remote Control Blog has a great cheat sheet to help you get caught up- CLICK HERE.

The gals from the original “Teen Mom” season have also continued to be recorded.  According to The Hollywood Gossip:

“As for original cast members Maci Bookout, Catelynn Lowell, Farrah Abraham and Amber Portwood, running it back for a new season, Freeman wasn’t sure.

‘We’re doing some continuous-type shooting with the original [cast] but nothing’s been announced yet about what we’ll do with that,’ the producer said.”

I’ve read on other blogs like www.ImBringingBloggingBack.com that the original cast will return in March (see comments for this post). 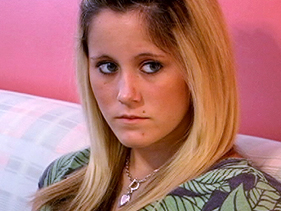 Since giving birth to her son Jace, it’s been difficult for Jenelle to reconcile the responsibilities of motherhood with her love of partying. Jace’s father is completely out of the picture, so Jenelle relies heavily on her mother Barbara for help raising Jace. Jenelle struggles to prove herself as a mom, but still wants to hold on to her teenage life—which means lots of time out with her friends. As Jenelle continues to make choices her mother doesn’t approve of, Barbara takes matters into her own hands and sues her daughter for custody of Jace. Knowing she can’t afford to fight her mom in a courtroom, Jenelle signs over temporary custody of Jace. Trying to get her life on track, Jenelle enrolls in college classes, works to support herself financially, and along the way finds a new romance. 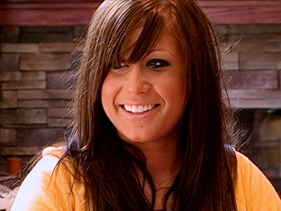 Popular softball star Chelsea dropped out of high school senior year while pregnant with her daughter, Aubree. Chelsea continues to have a tumultuous relationship with Aubree’s father, Adam, but luckily has a strong network of support from friends and family, and most of all, from her father. Now, Chelsea is moving into a place of her own with her best friend and Aubree. She dreams of enrolling in beauty school, but it’s proving tougher than she thought as she works to stay motivated and earn her high school diploma online. Meanwhile, her ongoing, emotional tug-of-war with Adam keeps escalating, and her friends and family get increasingly vocal about wanting him out of her life for good. Yet, Chelsea struggles to find a line between others’ expectations and her own desire to give her daughter a loving family with both parents in the picture. 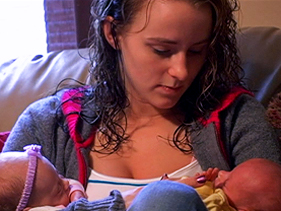 A country girl who wears her heart on her sleeve, Leah is a former cheerleader from a small town and the mother of twin girls Alianna and Aleeah. Leah sacrificed everything her senior year in order to graduate, take care of her babies and try to make things work with her daughters’ father, Corey. But, Leah and Corey broke up after she cheated on him with her ex-boyfriend. When Leah discovers one of their babies is developing at a slower rate than her sister, she reaches out to Corey. As they cope with their daughter’s health issues, Leah and Corey’s bond strengthens and they try to reconcile in order to be there for one another. 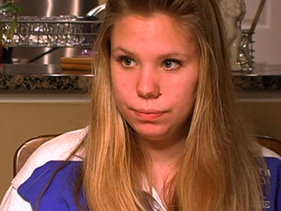 A very motivated high school senior, Kailyn is the serious and stoic teen mom of baby Isaac. After finding out she was pregnant with her boyfriend Jo’s baby, Kailyn tried hiding the pregnancy from classmates and friends for as long as possible, but eventually the secret came out. After her mother left her with no place to go, Kailyn was taken in by Jo’s family who supported her throughout her pregnancy. Kailyn and Jo’s relationship begins to crumble under the stress of balancing their lives and raising Isaac, and the non-stop fighting begins to wear thin on Jo’s family. The two break-up and with nowhere else to go, Kailyn continues to live with Jo’s family, but is forced to move downstairs into the basement. Kailyn moves forward and struggles to support herself and Isaac, juggling two part time jobs to make ends meet, along with a full course load at community college, just hoping all of her hard work will one day pay off.

UPDATE Jan 11, 2011: I just watched this video sneak peek on MTV showing Janelle getting in an argument with her mom that turns physical that will air on tonight’s premiere.  I tellz ya, this show is birth control for me and I’m old enough to have kids.  As a teen, how has this show impacted you?

Want to read more blog posts about Teen Mom?  Just CLICK HERE (or select it from the category drop-down on the right panel of my blog page).