You are here: Home / ifelicious commentary / MTV’s Snooki from “Jersey Shore” has her own New Year’s ball drop and limited edition pendant 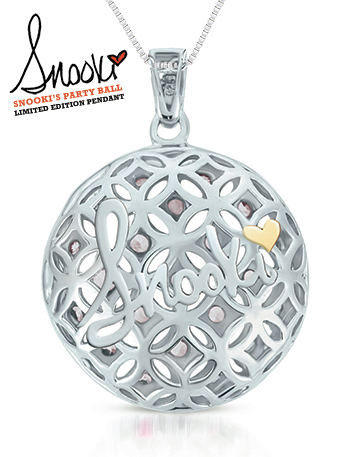 I shared on my Facebook page a few days ago that while I love Snooki (www.snookienicole.com), it is a scary assessment of the state of pop culture when someone like Snooki is deemed worthy her own ball drop for new year’s.  The plan devised by MTV was to milk (naughty! naughty! :evil:) celebrate the success of their most watched reality TV show ever, “Jersey Shore” as well as get us hyped for it’s third season premiering on January 6, 2011.

Snooki in her classic hair poof was originally slated to share the limelight in New York’s City world famous Times Square.  Thankfully, the Times Square Alliance put a stop to MTV’s plan citing, “It was never intended or requested for Snooki to be in the actual New Year’s Eve Ball in Times Square. The request to have her in a separate ball on a set-back roof came too late and was too impractical to fit in to our outdoor events.” (via Alliance spokesperson Alice McGillion). 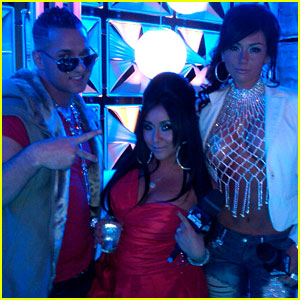 The Alliance’s decision sent MTV into a planning frenzy.  Ultimately, MTV moved the Snooki ball drop for New Year’s to home of the area with the same name as the show “Jersey Shore.”  According to Just Jared, the actual ball drop was taped the night before in Seaside Heights, NJ, and those of us who tuned into MTV on New Year’s Eve saw that the “Jersey Shore” cast spent the eve in MTV’s studios in NYC.

If you missed Snooki descending in a glass ball for New Year’s, watch the video below:

Now, the spirit of Snooki ringing in the new year can live on forever with your very own Snooki Party Ball 2011 limited edition pendant.  It can be purchased from DiamondShark for $49 – CLICK HERE. See Snooki promoting it below:

I am hating on Snooki getting her own ball drop, but I can’t hate on her for trying to turn a profit with a limited edition pendant.  Still, it makes me pinch myself and wonder how reality TV and pop culture got to this point.  I’ll save that philosophical debate for a rainy day, but I cringe at the thought of a child saying that they want to be Snooki or countless others when they grow up.  Maybe some of you readers who are parents that read my blog can comment on that aspect.  Imagine the day when college students can major in reality TV…

The clock is ticking, literally (look at the DiamondShark site), for you to snatch up Snooki’s limited edition pendant.  I want to hear from you if you bought one.