This morning I tweeted: To which I got a response from one of my dear tweeps (check out his blog stageadaptation.wordpress.com): The YouTube link was to Madonna's video for "Human Nature" from my favorite album of hers entitled "Bedtime Stories" (iTunes and Amazon) released in 1994.  I loved that album because Madonna got "black" on it with more of an R&B, hip … END_OF_DOCUMENT_TOKEN_TO_BE_REPLACED

Read here about Abram Boise's on and off camera persona of someone who has spent nearly 10 years on MTV reality shows, his relationship with Cara Maria, and a glimpse at his original children's book "The Star of Happiness." This is a precursor to my full interview with Abram Boise to be posted very soon.  I've also compiled some video footage of Abram that you'll find at the … END_OF_DOCUMENT_TOKEN_TO_BE_REPLACED 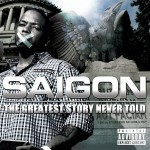 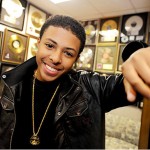 Twitter: Diggy_Simmons Facebook: Diggy Myspace: Diggy Simmons Blog: Life of a Jet Setter Just when you wonder what's going on with Diggy Simmons, he tosses us a fresh track to let us know that he's still on the grind. I last wrote about his release of "Past Presents Future" mixtape in December 2010. Yesterday, Diggy shared a brand new track produced by Jahlil Beats … END_OF_DOCUMENT_TOKEN_TO_BE_REPLACED 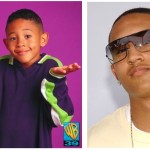 Mary Kate and Ashley Olsen aren't the only twin child stars we grew up watching.  Tia and Tamera Mowry starred in "Sister Sister" back in the 90s.  Both ladies have recently shared news with the press...and, no, it's not their own clothing line. ;-) First, Tia announced that she's having her first child by hubby, actor Cory Hardrict (twitter: CoryHardrict).  Their baby's due … END_OF_DOCUMENT_TOKEN_TO_BE_REPLACED