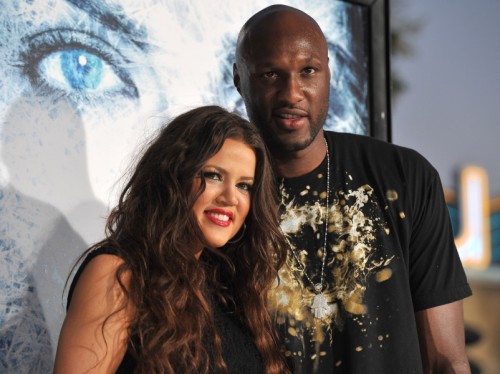 I love Khloé Kardashian.  She gets a lot of flack for her looks, but I think she’s attractive, feisty, and keeps it real even when the cameras are rolling during “Keeping Up with the Kardashians” or “Kourtney and Khloé Take Miami.”  Of all the Kardashian gals, she landed NBA hubby Lamar Odom, and is defying the odds by outlasting most Hollywood marriages.

Now, Khloé and Lamar are confirmed on yet another Kardashian reality TV spinoff about their life as newlyweds.  Taping begins in spring 2011.  I just hope this doesn’t jinx what seems to be a good thing.

Talk about making a living from reality TV!  The Kardashians now have four shows to their name “Keeping Up with the Kardashians” (5 seasons so far) “Kourtney and Khloe Take Miami,” “Kourtney and Kim Take New York” (premiering January 23, 2011 on E!) and now this latest spinoff with Khloe and Lamar.  Not to mention the skincare line PerfectSkin, Dash clothing line and boutique, and more.