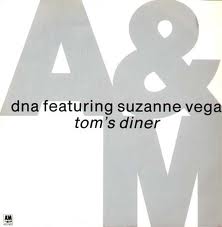 In 1990, the British dance music production duo by the name of DNA (Nick Batt and Neal Slateford) took the a capella “Tom’s Diner,” by Suzanne Vega, and created a catchy dance music mix that was a club anthem and still a classic.  PopMatters wrote, “Using the ‘doo doo doo doo’ ending of the original a cappella version as a framing device for their remix, they turned a wistful, quietly heartbreaking tune into an infectious dance track. The reinvented smash stayed on the charts for five months, selling more than half-a-million singles and eventually peaking at #5 on the Hot 100.” 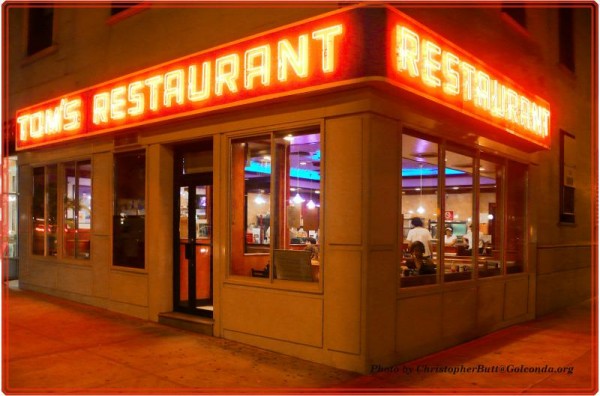 The actual Tom’s Diner (actually “Tom’s Restaurant”) was a place that Vega often visited when living in New York City.  It’s located on 112th and Broadway and was further popularized when the sitcom “Seinfeld” aired (although it was called “Monk’s Cafe” on the show).

Y’all, we used to dance HARD to this song back in the day! LOL 😆   ~Ifelicious Ladies, remember when those patent leather shoes were in with the lace shoelaces. Fellas, you rocked your polka dot rayon shirts.

Throwback Fridays are my weekly tribute (sometimes more like bi-weekly) to classic music and artists predominantly from the 70s, 80s, and early 90s- all music genres. Some posts tell my personal connection to the song while other posts tell more of a brief history of the song and artist. They are great if you’re looking to broaden your music collection and mix things up on your iPod. CLICK HERE to be taken to all of my Throwback Friday posts.