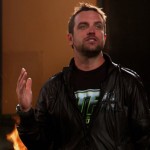 (Chicago Press Release Services) -- After a month in Las Vegas University Medical Center recovering from brain surgery and other injuries sustained in a catastrophic crash at the Vegas Dew Tour championship, BMX star and MTV host TJ Lavin is out of the hospital and slowly recovering. But will it stop him from biking again? According to his mother, no way. “I have no doubt … END_OF_DOCUMENT_TOKEN_TO_BE_REPLACED 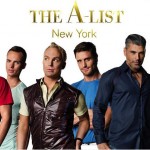 Facebook fan page- The A-List: New York Twitter List- The A-List: New York (you'll find all of the actively tweeting cast members there) Excerpt from press release: NEW YORK, Nov. 18, 2010 (PRNewswire) -- Wendy Williams, touted as a "breakthrough in daytime" by The New York Times, will pose her signature question, "How you doin'?," to the cast of Logo's "The A-List: New … END_OF_DOCUMENT_TOKEN_TO_BE_REPLACED