Aha!  This is what they’re doing with all of those entries from the Glee open casting call done earlier this year.  I think I read and reported at some point that the contest from earlier was canceled so I’ll be sure to remove that blog post (done!).  Congrats to those who made the shortlist.  I would love to hear from you!  You should look at my blog post, “Glee gets nod for Season 2, open auditions for 3 roles.” It has some of the videos that people submitted and shared with me. Also, I met Iqbal Theba (Principal Figgins) this summer and interviewed him, read HERE. ~Ifelicious 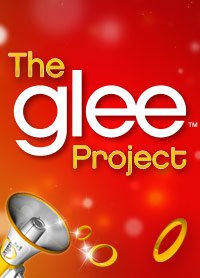 Open Calls Kick-Off in Chicago December 18 and 19, 2010.  Log-On to http://thegleeproject.oxygen.com for additional information and eligibility requirements.

NEW YORK – November 16, 2010 – Oxygen Media and Casting Duo, in association with Robert Ulrich, casting director of “Glee,” will begin the casting search for “The Glee Project” with open calls in Chicago on Saturday, December 18 and Sunday, December 19 and in Dallas on Saturday, January 8 and Sunday, January 9. Aside from these open calls, the team will also be reaching out to the next wave of professional performers through official industry channels in order to ensure everyone is included in this opportunity. “The Glee Project,” where performers will compete for a multi-episode guest-starring role on season three of hit series “Glee,” will premiere on Oxygen in June 2011.

Oxygen is looking for talented young men and women with strong vocal, acting, dancing abilities and big personalities! Musical theater experience is a plus, but not required. Candidates must be at least 18 years of age (but able to convincingly portray the role of a teenager) and be legally eligible to work in the United States. Candidates must also be available to the production in or about January through April 2011 and be willing to travel as part of production.

Additional information about the casting calls, prizing, eligibility as well as a list of approved audition songs can be found at http://thegleeproject.oxygen.com. In addition, the website will have photos of the “Glee” cast, “Glee” trivia, fan blogs and message boards.

All of the 34,000 applications submitted through the earlier MySpace/”Glee” auditions have now been processed and the shortlisted applicants will be contacted by Friday, November 19. Applicants who are not shortlisted may still choose to attend an open call. Please go to http://thegleeproject.oxygen.com for more information and to pre-register for the casting call you plan to attend.

Read all of my Glee related blog posts by CLICKING HERE.

Fellow Gleeks, shut the front door! Oh yes I did get red carpet interviews with Damian McGinty, Cameron Mitchell, Lindsay Pearce, and Bryce Vine from “The Glee Project” Season 1 at the 2012 NewNowNext Awards. *sassy black girl neck roll* LOL! Check them out below: