MTV has canceled "The City" after two seasons. This really isn't shocking news to me.  While I watched "The City," I never thought Whitney Port carried the show.  It was the sideline drama that really made no sense but was still entertaining between Olivia Palermno and Erin Kaplan (interesting read in the LA Times "'The City' exclusive: Erin Kaplan unleashes on Olivia Palermo … END_OF_DOCUMENT_TOKEN_TO_BE_REPLACED 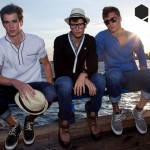 I haven't been able to share men's fashion so I'm excited to put news about Dark By Fusion menswear  collection on my blog. Take a look and let me know what you think.  I don't have information on price points or retailers, but there is an online shop that they are setting up on their website.  By the way, the Fusion Apparel brand includes women's fashion as well.  Check on … END_OF_DOCUMENT_TOKEN_TO_BE_REPLACED