On Friday, October 15, 2010, BET released the Top Rappers of the 21st Century.  The process began with an open vote to BET viewers who determined the top 15.  Next BET, assembled a panel of hip hop experts that narrowed the list to the top 10.  With Tigger as the host, the following experts weighed in to narrow the list to the top 10 rappers: Jermaine Dupri (producer), Diamond … END_OF_DOCUMENT_TOKEN_TO_BE_REPLACED 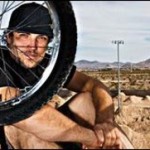 I can't stop thinking about TJ, so I'm putting my thoughts out there and hopefully some positive healing vibes, too.  TJ Lavin, whom I've loved as the host for the Real World/Road Rules Challenges, is in critical condition after a BMX stunt gone wrong on Thursday, November 16 October 14, 2010 in Las Vegas.  Also a pro BMX rider, he was participating in the preliminary round for … END_OF_DOCUMENT_TOKEN_TO_BE_REPLACED 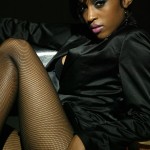 Click HERE to listen/download "Hope She Cheats on You (remix)." Stepping into the game with a full deck and lyrics up to par, Kyah Baby a lyrical talent known as hip hop’s new “Princess,” a Queens, New York City native has entered the hip hop world and brings something fresh yet unique, something all ears have been waiting for and upon hearing her music, most rant and … END_OF_DOCUMENT_TOKEN_TO_BE_REPLACED