Minus an uploading delay to the official release time, Diggy Simmons’ “Airborne” is finally available! This news is so fresh that I haven’t taken a moment to download his mixtape myself because I want you to get the news and and be able to download it now, too. Check out the release from Diggy’s camp below along with the track list and link to download “Airborne” for FREE!

Success seems to be a matter of talent and timing.  I’ll be anxiously awaiting to see how this all plays out. Best wishes, Diggy! ~Ifelicious 😎 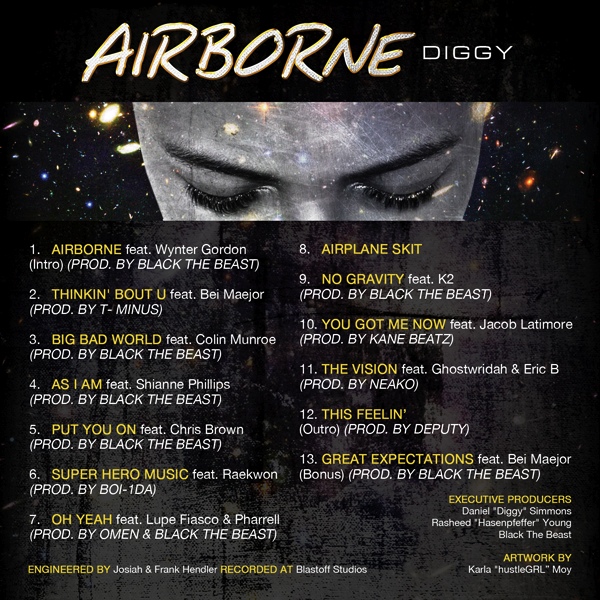 Diggy Simmons released his first mix-tape, “The First Flight” (download here) in December of 2009. Asking for no assistance from any family members, the project was put together and released on his own with his connection of friends made via the internet, as well as those with similar interests and who support him, including Diggy’s cousin Chris Classic, Mike Waxx of illroots.com and DJ Spin King. The first single off the mix-tape is “Point to Prove,” where he is expressing his struggle to prove to the world that he is his own person and he does not want to be known as Rev’s son and/or Russell’s nephew. Most kids growing up in a family of music tend to follow their parents footsteps. Diggy on the other hand is not trying to be known as just “the rapping son of a rap legend,”ill his skills on the microphone are indeed something spectacular and all of his music is written by him. 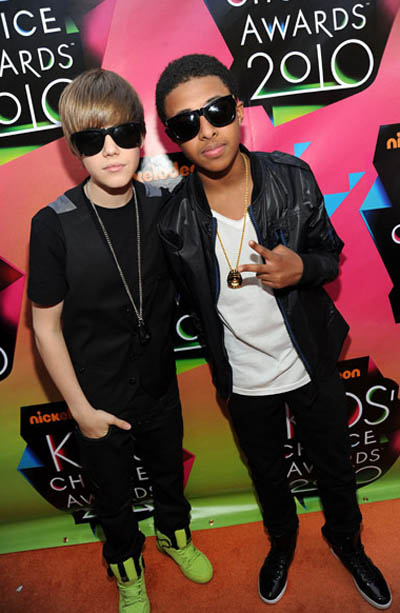 Signing to Atlantic Records and inking a management deal with Chris Lighty of Violator Management in March 2010, Diggy has continued to release music while working on #Airborne. Having worked on the first tape alone to having hands involved on the process of “Airborne” has been a challenge – not wanting to have his creative flow and ideas overshadowed, Diggy was forced to push the mix-tape back a few times. While working on the mix-tape, the young fashion icon has performed at Hot 97’s Summer Jam, was on the cover of Right On! Magazine digital publication, was a guest speaker at Pharrell’s KIDULT program, opened up for Wale at the Highline Ballroom and recently hopped on stage with Justin Bieber. Constantly having to prove himself to reluctant listeners, Diggy’s goal is just to make music and create his own name. It’s been a difficult task but the work and time put into “Airborne” has proven to be work of growth and maturity.

Previously releasing “Great Expectations” ft. Bei Maejor, “Oh Yeah” ft. Lupe & Pharrell, “Thinkin Bout” and “Little Monster” – “Airborne” is FINALLY HERE! With support from the folks over at Violator Management and Atlantic Records, #TeamDiggy truly feels this mix-tape is one that will show everyone that Diggy Simmons is his own person and can handle challenges any artist is faced with and can put out quality material any and everyone can enjoy.

Read all of my blog posts, including my interview with him, about Diggy by CLICK HERE. 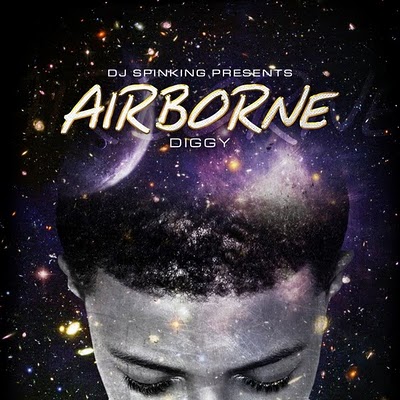