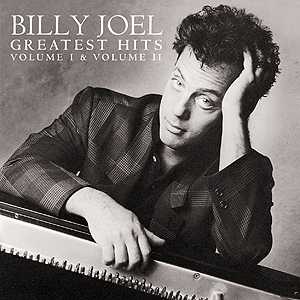 September 10 is World Suicide Prevention Day, and I wanted to big a Throwback Friday post that addressed the issue of suicide.  I picked Billy Joel‘s “You’re Only Human (Second Chance)” because he cleverly took a serious topic and managed to make an upbeat sounding track about it.  The song was written to address teenage suicide, something that is a matter of his own heart as you hear in the lyrics.  In Billy Joel’s biography, “Billy Joel: The Life and Times of an Angry Young Man” written by Hank Bordowitz, he admits he tried to commit suicide in his early 20s by swallowing a bottle of furniture polish.  His life was saved by a band member .  Also, in 2009, his daughter Alexa Ray Joel swallowed a bottle of pills in an attempted suicide. (see Associated Content article, “Billy Joel’s daughter attempts suicide, as he once did as well“).

This is dedicated to anyone who has ever thought of, attempted to, or has lost a loved one to suicide. Plus, it’s a great pick me up for those days when you need a little boost.

You’ve been keeping to yourself these days
Cause you’re thinking everything’s gone wrong
Sometimes you just want to lay down and die
But that emotion can be so strong
But hold on ’till that old second wind comes along
(You’re only human, ooo-ooo)

You probably don’t want to hear advice from someone else
But I wouldn’t be telling you if I hadn’t been there myself
It’s alright, it’s alright, sometimes that’s what it takes
We’re only human, we’re supposed to make mistakes
(You’re only human, ooo-ooo)

Read all of my Throwback Friday posts by CLICKING HERE.