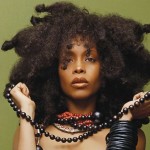 Erykah Badu has been fined and sentenced to six months probation for stripping off to film a music video for "Window Seat" at the site where former president John F. Kennedy was assassinated in Dallas, Texas. The 39-year-old star was charged with disorderly conduct in April over her nude video shoot in Dealey Plaza for her single "Window Seat."  Badu agreed with prosecutors … END_OF_DOCUMENT_TOKEN_TO_BE_REPLACED

Atlanta, GA (TransWorldNews) -- HBO's True Blood stars Anna Paquin, Stephen Moyer and Alexander Skarsgard pose nude together on the cover of Rolling Stone. The trio wears nothing but fake blood. Inside the new issue, Moyer dishes on what makes vampires so attractive. "If we go from a base level, vampires create a hole in the neck where there wasn't one before. It's a … END_OF_DOCUMENT_TOKEN_TO_BE_REPLACED 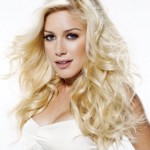 Atlanta, GA (TransWorld News) -- Heidi Montag says she is “devastated” over the death of her plastic surgeon, Dr. Frank Ryan. Ryan, 50, died when his vehicle careened off Pacific Coast Highway in Los Angles Monday. Ryan performed 10 plastic surgeries on Montag, 23, last November. In a post on her Twitter page Tuesday, the realized star called Ryan an “amazing person.” “I … END_OF_DOCUMENT_TOKEN_TO_BE_REPLACED