You are here: Home / ifelicious music / Tila Tequila gets stoned…by the audience

Oh Tila! Weren’t you just taping for Celebrity Rehab with Dr. Drew? I need to go find out if you can sing as well as you manage to make headlines. ~Ifelicious 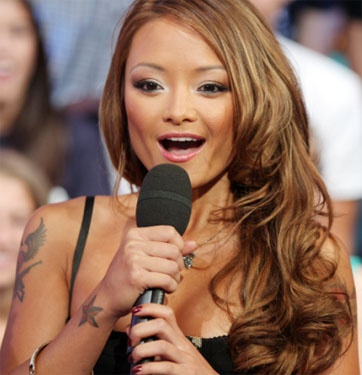 Hardin County Sheriff Tom Seiner told a Carterville TV station it happened early Saturday at the Gathering of the Juggalos. That’s a weekend festival based around the band Insane Clown Posse and other groups from Psychopathic Records.

Seiner told WSIL-TV that Tequila, whose real name is Tila Nguyen, complained that she was injured when audience members threw rocks at her. Seiner said Nguyen also complained that feces were thrown.

The sheriff also said one man stabbed another, though not fatally.

Sheriff’s Department dispatcher Jimmy Barnard said early Sunday that he had no other details.