You are here: Home / film, documentary, theater, arts / BET to air documentary about women in hip hop “My Mic Sounds Nice” on Aug 30

I’m not one to go racing to watch BET shows these days, but as soon as I saw this documentary special would be airing I knew I’d want to see it, and hopefully you will, too.  On my blog, I’d like to give more attention female emcees like Mala Reignz and MC Lyte.  We are inundated with male rappers so hopefully BET’s first music documentary “My Mic Sounds Nice: A Truth About Women in Hip Hop” will do justice to this aspect of hip hop culture.  Read the press release below  ~Ifelicious 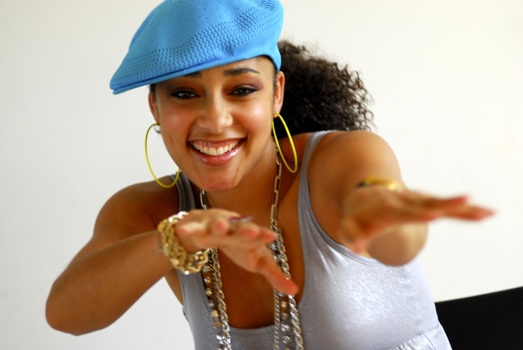 NEW YORK, Aug. 9 (PRNewswire) — BET Networks takes an in-depth look at the role of female rappers in the hip-hop industry in the premiere of its first original music documentary special, “My Mic Sounds Nice: A Truth About Women in Hip Hop.” The documentary will premiere on August 30th at 10:00 PM EDT on BET.

The documentary is an appealing, inside look at how women have affected rap music, and in turn how rap music affects female MCs of past and present. Artists such as MC Lyte, Missy Elliott, and Queen Latifah contributed significantly to the shaping of hip hop music, bringing new sounds to the record labels. With the emergence of a younger generation of women in hip-hop including Nicki Minaj and Diamond, “My Mic Sounds Nice: A Truth About Women in Hip Hop” serves as a commentary for how hip hop music is influenced by women and vice versa. This documentary examines gender-specific differences in artistry, marketing, promotion and economics, explores why there are far fewer female than male MCs, and discusses whether there’s still a place for women in hip-hop.

“This is a story that could not be told by one voice. It required a chorus. And although this story is comprehensive, it is still likely one of many truths about the role of women in hip-hop,” said Stephen Hill, President of Music Programming and Specials.

In the spirit of all things hip-hop, the fifth annual BET Hip Hop Awards returns on October 16th. Hosted by Mike Epps, the awards show pays homage to urban music artists at the top of their game.

“My Mic Sounds Nice: A Truth About Women in Hip Hop” is directed and produced by Ava DuVernay.