You are here: Home / ifelicious tv / American Idol / Tracy Chapman “Born to Fight”… a dedication for Fantasia Barrino after overdose

UPDATE 8/15/2010:  As more details come out, Miss Fantasia may have known she was having an affair with a married man (read “Barrino’s ‘Brazen Behaviour’ Blasted by Love Rival“).  Who knows if we’ll ever know.  YBF also put up an article with some more details from Fantasia’s manager Brian Dickens who made the 911 call along with a link to the actual police report, see “Fantasia’s Manager Gives Details on Aspirin & Sleep Aid Overdose.” 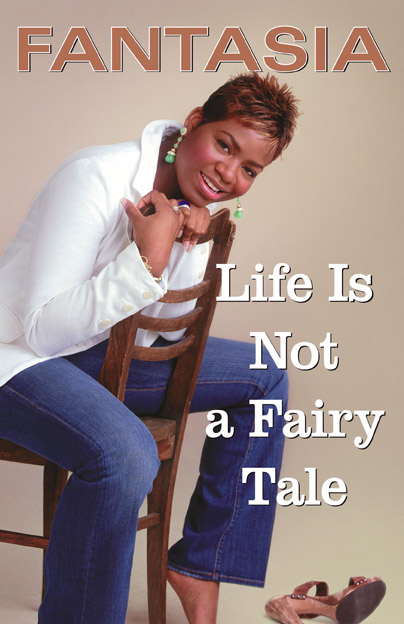 Fantasia Barrino, Season 3 winner of “The Idol” as you’ll hear her call it on the VH1 reality series “Fantasia For Real” that began airing in February 2010, was hospitalized in Charlotte, NC yesterday after an apparent drug overdose. Whether or not this is a suicide attempt has not been made clear at the time of this post, but it sure reads that way considering she overdosed on combination of aspirin and sleep aid pills.

This comes on the heels of allegations from Paula Cook who went to the media recently claiming that Fantasia broke up her marriage with Antwuan Cook.  Additionally, Paula alleges that Antwuan and Fantasia created sex tapes during their adulterous affair that she has in her possession as proof. Fantasia did date Antwuan on and off over the past year under the assumption that the marriage was over.

“Fantasia is certain that she is not responsible for the deterioration of the Cooks’ marriage…Fantasia will weather this storm with the dignity and grace that she has exemplified throughout a life in which she has repeatedly overcome obstacles and challenges. Fantasia’s faith in God, herself and family remain as strong as ever.”

Fantasia is no newcomer to complicated relationships. She dropped out of high school after being raped by another student. At age 16, she gave birth to her daughter Zion but later broke up with the father who was physically abusive. After her win on Idol, Fantasia revealed that she could not read and began learning to while working towards her GED.

The success of Idol at the tender age of 19 seemed to give Fantasia a new lease on life; and it did, to some extent.  She starred on Broadway as “Celie” in Oprah Winfrey’s production of “The Color Purple” although she missed many shows.  Her music accolades include several Grammy nominations. When “Fantasia For Real” aired on VH1 earlier this year, Fantasia was working her way out of financial trouble that included her home in foreclosure and her loving tendency to provide for her family financially.

Keep your head up, Fantasia. Your fans are praying for you to return to health.

I tend to resort to my first music love Tracy Chapman when seeking inspirational songs, and I’ve chosen “Born To Fight” from my favorite Tracy Chapman album “Crossroads.”

Read my other blog posts about Fantasia: