You are here: Home / ifelicious music / Introducing Neo Soul Artist Joonie and video for “So Fly” 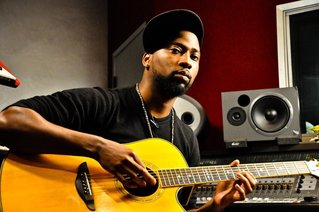 Just when I think that the future of RnB and soul music’s future lies in the hands of Trey Songz who thinks he invented sex, I am encouraged to see some fresh talent drop in my inbox. Such is the case for Joonie whose album “Acoustic Love” dropped earlier this year (April 27, 2010). A native of Jacksonsville, North Carolina and now living on the west coast, Joonie’s doing his thang on the neo-soul tip. Check out the video below for his single “So Fly.” It was shot in Beverly Hills and around Los Angeles, plus it includes a cameo from long time friend and American Idol finalist Elliott Yamin.

Joonie’s music has been featured in the BET movie “I Do…I Did.”  His album is currently the best selling title at London’s #1 independent soul music distribution company.  Joonie was also recently featured on AllHipHop.com’s “Alternative Heat” (read “Alternative Heat: Joonie“).