You are here: Home / ifelicious tv / Omarosa looks for love with help of Trump card in “The Ultimate Merger” premiering tonight on TV One 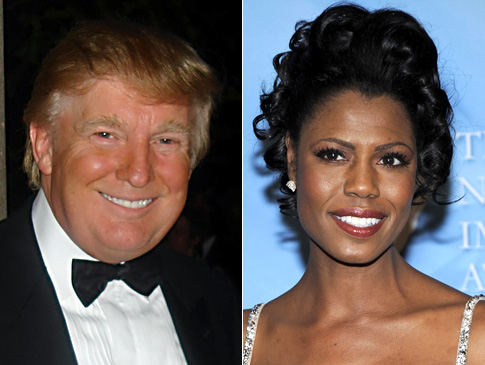 Omarosa, one of reality TV’s earlier beeyatches, is back in the reality circuit but this time looking for love.  She was probably one of Donald Trump‘s most memorable contestants who appeared on season 1 of “The Apprentice” as the bright yet take no mess “villianesse” (I think I just made up a word…cool!) on the show.  Since then, Omarosa also appeared on VH1‘s “The Surreal Life” which is usually an indication that your career is on the outs…

Now she’s back with love doctor Trump on “The Ultimate Merger” premiering tonight on TV One.  “What’s TV One?” my non-African American readers may be asking.  In short, it’s basically another BET style network with what some say has some better programming choices (go to www.tvoneonline.com).  TV One may have seen a diamond in the rough by scooping up the show, but it also might lead to the show’s demise, despite promoting on the talk show circuit, in terms of mass popularity potential.

Check out the preview below…

PRESS RELEASE — Real estate billionaire and entertainment mogul Donald J. Trump has partnered with TV One on a groundbreaking new reality series, Donald J. Trump Presents “The Ultimate Merger,” in which Omarosa, “The Apprentice” cast member Mr. Trump helped make into a reality TV star, sets out in search of the perfect mate. The series, typically a one-hour series, will premiere on TV One Thursday, June 17 in a special 90-minute episode at 9 PM, repeating at midnight.

Voted America’s #1 reality TV villain by TV Guide, Omarosa has yet to meet her match. . ..until now! After mixing it up with some of TV’s toughest, including supermodel Janice Dickinson, talk show host Wendy Williams, and the “Celebrity Apprentice” Piers Morgan just to name a few, reality TV diva Omarosa has yet to give an inch in the boardroom, or on the reality set. But now, it is time for this strong-willed and wily schemer to settle down and find a husband.

Will she marry for love or for money? And can this bevy of bachelors tame this diva?

“Omarosa was a great personality on the ‘Apprentice’ that was watched by over 40 million people as it became the #1 show on TV. Omarosa is smart, witty, and difficult, but all of these qualities will make for some very interesting entertainment,” says Executive Producer Donald J. Trump.

On the show, Omarosa will put a cadre of 12 hot, successful bachelors through a gauntlet of tests. These challenges are designed to play upon their weaknesses, test their business acumen, measure their seductive strengths, and draw out their true intentions. But these guys will fight back, and Omarosa may just meet her match. But this is all a part of the love dance… and viewers will get to see what happens when “sharks” mate.

Omarosa will be assisted in the challenges by a series of friends and celebrities, ranging from comedians George Wallace and Loni Love to TV One chef G. Garvin to former Video Vixen and author Karrine Steffans, plus several of Omarosa’s former “Apprentice” co-stars, including Katrina Campins, Nick Warnock, and Troy McClaine. a and is on hand to provide guidance and support to the bachelors when needed. And the bachelors will get to meet Mamarosa, Omarosa’s mother.

“I am happy to be working with Donald Trump again on this exciting project,” said Omarosa. “Love is serious business, and I approached this challenge with the same determination with which I do everything in my life, which is why I brought in a team of experts and good friends to help me put these bachelors to the test. And while it has been a much more emotional and dramatic experience than I ever expected, I look forward to making the Ultimate Merger.”

Will YOU be watching? 😯