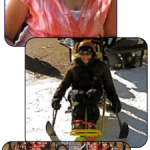 Deanna Collins and I were first acquainted via Twitter about a year ago.  We bonded quickly, bantering about pop culture and random girly things.  Soon we learned that we were both kindred spirits navigating our way in the entertainment industry and have become mutual support systems, idea generators, networking contacts, and good friends. Deanna, who lives in Orange County, … END_OF_DOCUMENT_TOKEN_TO_BE_REPLACED 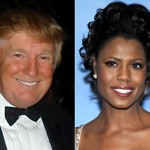 Omarosa, one of reality TV's earlier beeyatches, is back in the reality circuit but this time looking for love.  She was probably one of Donald Trump's most memorable contestants who appeared on season 1 of "The Apprentice" as the bright yet take no mess "villianesse" (I think I just made up a word...cool!) on the show.  Since then, Omarosa also appeared on VH1's "The Surreal … END_OF_DOCUMENT_TOKEN_TO_BE_REPLACED