I just ran across this press release and thought I’d share.  What do you think about Golzar Amirmotazedi’s claim?  She was the Goth girl that Andrew Woods occupied as Josh Colon was trying to talk to another girl named Isabella.  Remember?  She was the one that got all personal saying she suffered from anxiety? Gawker has a post with the court documents plus some video clips from Golzar’s (“G”)  appearance (read ‘Golzar Golzar Amirmotazedi v. Viacom et al‘).~Ifelicious 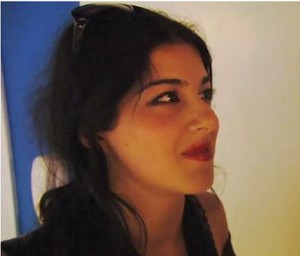 New York, NY, May 5, 2010 (via Nicole Howley) — MTV is facing yet another lawsuit involving one of their reality television shows. A woman who made an appearance on an episode of “The Real World: Washington D.C.” filed a lawsuit for invasion of privacy, false light, disclosure of private facts and intentional and negligent infliction of emotional stress, as reported by Perez Hilton.

Sources reported that the plaintiff, Golzar Amirmotazedi was not seen “in the best light” during an episode of “The Real World.” Amirmotazedi claims that she was given “several alcohol beverages, then humiliated and thrown out of the house when she refused to have sex with one of the cast members.”

However, anyone who appears on the show is required to sign a wavier, so that MTV couldn’t be held liable should a lawsuit be subsequently filed. But, Amirmotazedi says that she was too drunk to lawfully sign the wavier, and contends that producers were aware of that too.

The lawsuit is seeking $5 million in damages, because of the humiliation she endured.

The lawsuit stated, “Outtakes from ‘The Real World’…show that the Plaintiff in fact was not in a position to provide her consent to Defendant portraying her in a false light or disclosing private facts about her.”

UPDATE 6/18/2010: Here’s Golzar with Andrew (playing wingman) and the gang in this video clip (thanks Darby for sending me the link to this and the article update!)

Read all of my blog posts about Real World seasons by CLICKING HERE.