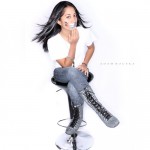 Twitter: twitter.com/ruthiealcaide Facebook: Ruthie Alcaide When you talk about classic Real Worlders, Ruthie Alcaide is one of the people that come to mind.  Same thing for RW/RR Challenges.  Ruthie was my fave before Ev (Evelyn) came along as one of the best girl competitors in the challenges.  Robert Elkin Portillo posted his interview with Ruthie on the Fresh Meat II … END_OF_DOCUMENT_TOKEN_TO_BE_REPLACED 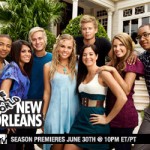 Facebook fan page- www.facebook.com/realworld Yes, the Fresh Meat II challenge is coming to an end, but we have a new season of the Real World premiering on June 30, 2010 on MTV- which I also consider my personal scouting mission for future RW/RR challenges.  The cast is back in New Orleans for reasons I do not know but speculate might be some sort of housing deal with the … END_OF_DOCUMENT_TOKEN_TO_BE_REPLACED

UPDATE AUG 27, 2010: Well, we now know that the next Real World/Road Rules Challenge is called "Cut Throat."  MTV just released a teaser video a few days ago.  See below, and if you have Facebook, check out the fan page.  I also read on Vevmo that it was filmed in Prague, Czech Republic.  From here forward, I'll put any additional news and such in new blog posts. MTV … END_OF_DOCUMENT_TOKEN_TO_BE_REPLACED