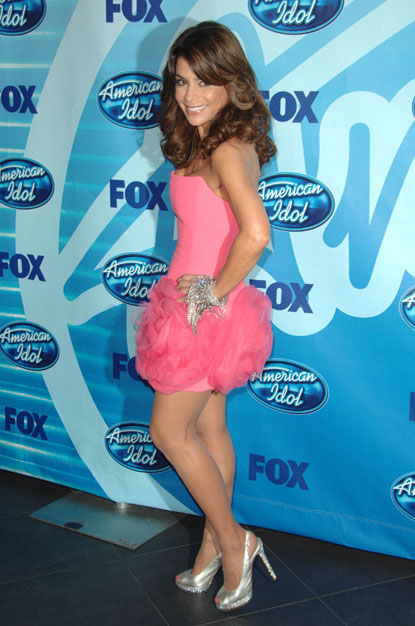 Hosted by Niecy Nash and Cheyenne Jackson, The ‘NewNowNext Awards’ 2010 Telecast Premieres Thursday, June 17, 2010 at 10/9C on Logo. Vote for the Winners at .

NEW YORK, June 1, 2010 (PRNewswire) — Logo, the entertainment network for gays, lesbians and their families and friends announced today that award-winning dancer/choreographer, dynamic performer, multi-platinum recording artist and popular entertainment personality, Paula Abdul will be honored with the Always Next, Forever Now Icon Award at the 2010 “NewNowNext Awards.” Given annually, this special award pays homage to a beloved pop icon. Paula is slated to accept her award in person at the “NewNowNext Awards” taping at the Edison in Downtown Los Angeles on June 8th.

As a ground-breaking choreographer and dancer, songwriter, performer, designer, actor, entrepreneur and host of one of the most popular television shows in history (American Idol), Paula Abdul has continued to find new ways to entertain her loyal fans around the world for more than 20 years.

“Throughout her career, Paula Abdul has dazzled, inspired and entertained her fans in ways befitting of an icon,” said Dave Mace, Logo’s Senior Vice President of Original Programming. “Her game-changing choreography, music videos, dance tunes and record-breaking television success have paved the way for today’s pop divas. What can we say other than, ‘She’s forever our girl’.”

Paula’s rise to stardom began at the age of eight when she started taking dance lessons. She parleyed her talents as a dancer into a slot on the Los Angeles Lakers cheerleading squad, a job she held while attending college at Cal State-Northridge. It didn’t take long for team ownership to recognize Paula’s unique talents and they subsequently named her head cheerleader/choreographer — a position that helped to establish her as a pioneer in fusing contemporary music and dance with classic cheering. The word was out. Paula’s talents were now in high demand.

She was recruited by some of the top performers in the music business to choreograph music videos and concert tours. These included The Jacksons, the American Music, Academy and MTV Awards, INXS, George Michael, Prince, Heart and countless others. Her talents were applied to the world of film including her choreography for American Beauty, Cuba Gooding, Jr. for Jerry Maguire, the transformation of Val Kilmer into Jim Morrison for Oliver Stone’s The Doors and Eddie Murphy and Arsenio Hall’s show-stopping African Wedding Dance scene for Coming To America. In fact, Paula choreographed and danced in the ground breaking Diet Coke spot featuring Gene Kelly and in 2008 was honored with a Lifetime Achievement award from the prestigious Tremaine Dance Company, as the “Tremaine Entertainer of the Year 2008.”

In 1989, Paula moved from behind a camera to take a position front and center behind a microphone. The transformation was historic as her first single “Straight Up”, exploded onto the charts. Forever Your Girl quickly went multi-platinum and spawned 4 #1 singles. Paula’s second album Spellbound, released in 1991 produced 2 #1s and sold an astonishing 13 million copies worldwide while 1995’s “Head over Heels” also went multi-platinum. Paula has won a Grammy, seven MTV video awards, two Emmy awards and two People’s Choice awards and has sold a staggering 60 million records worldwide.

Through the years Paula has nurtured and mentored thousands, lending her extensive expertise to the careers of Grammy Award winners Kelly Clarkson, Carrie Underwood and Chris Daughtry. As one of the former judges on the record-breaking FOX series, contestants and TV viewers alike gave Paula high praise for her positive and insightful feedback.

In 2009, Paula made ratings soar when she appeared on Lifetime’s new series Drop Dead Diva. Because of the overwhelming response, producers brought Paula back for the highly anticipated season finale and she is returning as a reoccurring character in season two. In addition, she hosted the triumphant return of VH1’s “DIVA’S Live.”

Past recipients for the Always Next, Forever Now Icon Award have included Britney Spears and Janet Jackson.

Now in its third year, the “NewNowNext Awards” gathers icons and stars-on-the-rise to crown the next “big things” in TV, music, film, print and new media long before they hit the mainstream. Visitors can go now to NewNowNext.com to review the nominees and vote for their favorites.

Winners will be revealed Thursday, June 17th at 10/9C, on Logo’s “NewNowNext Awards” 2010 show. The 90-minute special will be taped in front of a live audience of today’s hottest emerging and seasoned artists at the retro-glam Edison in Downtown Los Angeles on June 8th. Performers, presenters and special guests will be announced as they are confirmed.

Logo is the world’s leading ad-supported cable, satellite, online, mobile and digital entertainment network from MTV Networks, a unit of Viacom (NYSE: VIA, VIA.B) for gays and lesbians, their families and friends. Launched in 2005, Logo’s cable channel is in more than 46 million homes across the United States and is complemented by a federation of online properties, including LogoTV.com, TripOutGayTravel.com, AfterEllen.com, AfterElton.com, 365Gay.com, DowneLink.com and NewNowNext.com. Logo’s content is distributed across all leading download-to-own, streaming and mobile services. The most influential brand for the most influential audience, Logo provides a mix of original and acquired entertainment as well as news, social networking and community building that are authentic, smart, fun, entertaining, and inclusive. Logo joins MTV Networks’ roster of popular and highly targeted brands which include MTV, Comedy Central, VH1 and Spike TV.