You are here: Home / ifelicious music / “Indie Rocks! A Benefit Album for Malaria No More” donates autographed guitars for auction on CharityBuzz.com 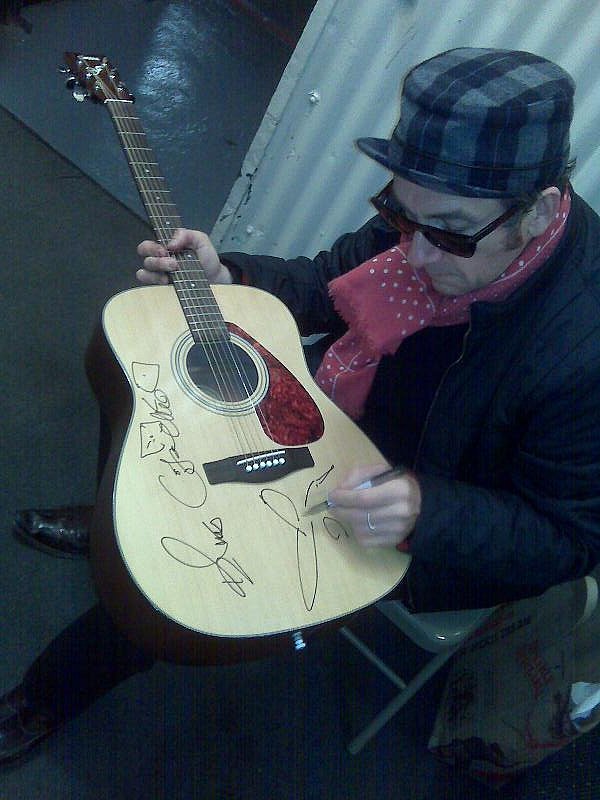 NEW YORK (May 28, 2010) – Continuing the spirit of giving back, in conjunction with the recently released “Indie Rocks! A Benefit Album for Malaria No More,” RED Distribution further draws on the power of music to save lives by donating autographed guitars from four rock legends- Elvis Costello, Carlos Santana, Steve Vai and Third Eye Blind. Guitar bidding opened on May 25 at the Dads and Grads charity auction on www.charitybuzz.com and continues through June 16, 2010.

An autographed guitar makes a memorable gift for dad or a recent grad and opens the door for fathers worldwide to empower fathers in malaria-stricken areas of Africa. All proceeds from guitars and “Indie Rocks! A Benefit Album for Malaria No More” help families in the fight against malaria.

The heartfelt intention and positive effects of “Indie Rocks!” brought this project to the attention of Elvis Costello, Carlos Santana and Steve Vai, who joined album contributor Third Eye Blind to offer their support to Malaria No More by signing guitars for the Dads and Grads auction.

About RED’s “Indie Rocks! A Benefit Album for Malaria No More” 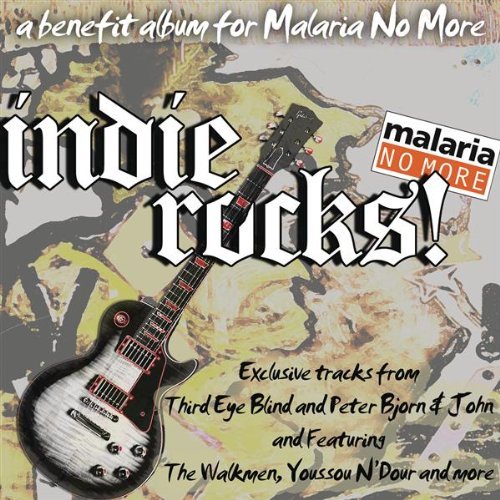 In its commitment to giving back, RED pooled together like-minded indie artists to create a compilation that would raise awareness of and assist in the fight against malaria-related deaths by donating 100% of its proceeds. “Indie Rocks! A Benefit Album for Malaria No More” features 14 songs from artists such as Juliette Lewis, The Walkmen and Youssou N’Dour, with an exclusive live track from Third Eye Blind and an exclusive cover track from Peter, Bjorn and John. “The Indie Rocks! album is a great way to show how easy it is to help save a life,” says Scott Case, CEO of Malaria No More. “For just $10, music fans receive a one-of-a-kind compilation and send a mosquito net to help families protect their children from malaria. The generosity of the artists and their fans will have real impact in the lives of children in Africa-showing how music has the power to change the world.”

The compilation is available at such digital retailers as Amazon, eMusic, Shockhound and more. One “Indie Rocks!” download = One Life-Saving Net.

Widely recognized as the industry leader in independent distribution and artist development, RED Distribution handles sales and marketing for 47 independent record labels, as well as repertoire from parent company Sony Music Entertainment. Recent RED success stories include recording artists such as Phoenix, Passion Pit and Gogol Bordello along with gold and platinum artists Matisyahu, Jason Aldean and Bullet for My Valentine.