IFELICIOUS THOUGHTS IS BREAKING THIS NEWS TO YOU FIRST!!! READ ALL ABOUT H.I.P.-H.O.P. BELOW.  ~Ifelicious 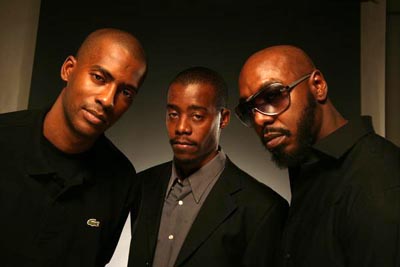 May 28, 2010 – ATLANTA, GEORGIA – Virginia-based recording label, Xrecords, announced today that the iconic music production team, Organized Noize, has signed on to a new project that is part of a national initiative to combat the growing epidemic of youth violence. Xrecords President and Founder of the H.I.P. – H.O.P. Project, Thomas “FAT Thomi” Hairston, is launching the community-driven initiative after years of working on events in the Richmond, Virginia area that were geared toward re-building families, encouraging education, and empowering kids. With statistics showing that violent acts against and by teenagers in this country is growing at alarming rates, Xrecords was driven to utilize the platform of music to send a critical message to both the music industry and the public.

Organized Noize is just as grounded in their home turf of Atlanta, Georgia where they trail blazed a path that has brought the world hit music from artists like OutKast, Goodie Mob, TLC, En Vogue, Ludacris and many others. The production team will work closely with Xrecords and oversee tracks from various artists that speak out against violence and shed light on the issues that are driving youngsters to the edge. The musical project is designed to exceed the task of raising awareness. The mission of H.I.P. – H.O.P., an acronym for Healing Is Possible – Helping Our People, is to procure real solutions for a problem that has superseded race, gender, economic class and religious beliefs.

Organized Noize Co-Founder, Ray Murray, talks about why their team joined the project. “When we stepped into this industry, it was during a time when a lot of artists were on an afro-centric and conscious vibe. Back in ’86 and ’87 it was about stopping the violence, and now it seems like the balance in the music—the creativity and inspiration—is gone,” says Murray. “The youth have always been the barometer for what’s happening in the hood—their voices and experiences are the encyclopedia of the streets…and they’re showing us that they need help.”

“The H.I.P. – H.O.P. Project has been in my spirit for a long time because I’m passionate about seeing kids excel…but I knew we had to build this the right way. After hearing the reports about kids killing and bullying kids in Chicago and Florida—basically everywhere in this country—I knew it was time to move on this project,” says Founder Thomas “FAT Thomi” Hairston. “As recording artists and executives, we have to take some kind of responsibility for these kids that are heavily influenced by our bodies of work. This project is a call for the entertainment industry to create a positive change and be a part of the business of saving lives.”

Xrecords and Organized Noize are in the process of producing a full-length album, as well as a structured “on the ground” program that is designed to inspire, empower and motivate a culturally diverse new generation. Ray Murray continues by saying, “The H.I.P. – H.O.P. Project is about connecting the old with the new. We’re letting these kids know that there are options out here and they don’t have to take the route of being a stereotype—in jail or worse. You can be positive and progressive in your music and still reach people—you can stand up and stand out!”

About Organized Noize
Comprised of three innately talented musicians, writers and producers–Rico Wade, Ray Murray and P. Sleepy Brown are Organized Noize. With a track record for spearheading multi-platinum records for artists like the uber-successful OutKast, Goodie Mob, Ludacris and TLC, the team’s decade and a half of creative works is still just the tip of the iceberg. With more film, television and artist projects in the works, Atlanta, Georgia’s home-grown icons, Organized Noize, is poised to reach the multi-platinum ranks again in 2010.

About X Records
X Records was founded in 2001 and is manufactured and distributed by the Malaco Music Group. Founded by Thomas “FAT Thomi” Hairston after a ten-year career in the music industry with giants like Warner Brothers, American Records and Arista, X Records emerged as the creative outlet for his own roster of artists. After promoting major label projects for the Notorious B.I.G., TLC, Usher, Toni Braxton, OutKast, Tamia, Eric Benet, Tevin Campbell, Something for the People and the Wu-Tang Clan under FAT Thomi Promotions, Mr. Hairston has the knowledge and track record required to be an industry leader.