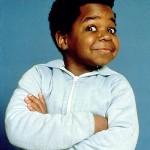 Today, Friday, May 28, 2010 Gary Goleman passed away at 12:05pm from an inter-cranial hemorrhage at a hospital in Utah.  Best and most fondly remembered during his years as a child star who played "Arnold" on the hit tv series "Diff'rent Strokes," he made the line "What you talkin' about Willis?" a classic.  Gary dealt with health issues for nearly his entire life having been … END_OF_DOCUMENT_TOKEN_TO_BE_REPLACED

BREAKING NEWS!!! IFELICIOUS THOUGHTS IS BREAKING THIS NEWS TO YOU FIRST!!! READ ALL ABOUT H.I.P.-H.O.P. BELOW.  ~Ifelicious Iconic recording industry team, Organized Noize, joins a national initiative against youth violence and abuse: H.I.P. – H.O.P. (Healing is Possible-Helping Our People). Atlanta's own musical trendsetters will produce songs for a long-overdue "Stop … END_OF_DOCUMENT_TOKEN_TO_BE_REPLACED 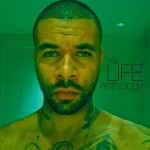 Name: Chris Classic Hometown: Hempstead, New York Album: The Life Anthology Musical Influence: Hip-hop, rock and soul Interesting Fact: Chris began writing poetry influenced by Shel Silverstein at the age of 8. TV and film music artist, producer and song writer, Chris Classic, has been in the industry for 10 years creating music for some of the most noted movies and … END_OF_DOCUMENT_TOKEN_TO_BE_REPLACED 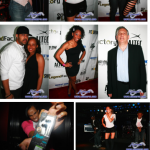 LegendFactory Live presents "The Future Is Here" was a huge success. Held on May 6th at Crash Mansion, the venue was packed to capacity with drinks flowing courtesy of Absolut Vodka. Audience members ranged from bank executives to upcoming tastemakers in the fashion industry. Jive, Source, Violator, Sony, Warner/Elektra/Atlantic, MTV and several other major entities were in the … END_OF_DOCUMENT_TOKEN_TO_BE_REPLACED