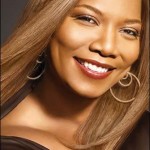 At a press conference held on Tuesday, May 18, 2010 in New York, BET announced the host of the BET Awards show this year, nominees in each category, planned performances for the night, and more. Queen Latifah, who is starring alongside my secret boyfriend Common (really, it's no secret, it's the only celeb that i completely crush on...anyway, i digress) in the movie "Just … END_OF_DOCUMENT_TOKEN_TO_BE_REPLACED