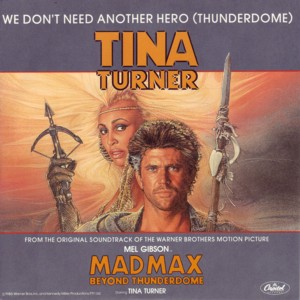 Now here’s a song that’s for rolling up the windows in your car and singing at the top of your lungs or in the shower while you’re getting crunked for your work day- especially the chorus.  The year is 1985, and the movie “Mad Max Beyond the Thunderdome” was in theaters.  Tina Turner was at the prime of her singing career, although we can argue that her music is timeless.  “We Don’t Need Another Hero” by Tina Turner was the theme song for “Mad Max” a film in which she also played a leading role of Aunty Entity alongside Mel Gibson (“Max”).  If you listen to the lyrics, between singing at the top of your lungs 😆 , the song speaks of peace and hope for the future.  The video for the song and won a MTV Music Award for Best Female Video and peaked at #2 on the US Billboard charts. 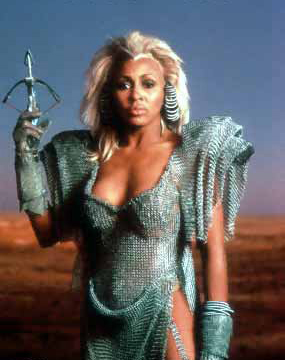 Check out this week’s Throwback Friday song/video “We Don’t Need Another Hero.”  Tina’s costume and hair in this video are fierce!