You are here: Home / ifelicious tv / Soul singer Leela James to co-host “My Black is Beautiful” TV series on BET Networks. Starts May 2 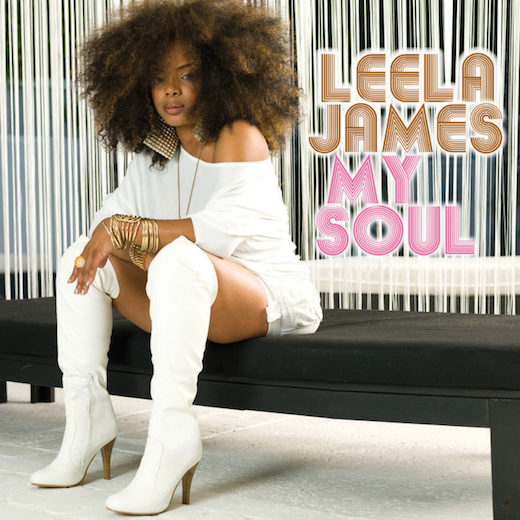 Soul Singer to co-host Procter & Gamble’s “My Black is Beautiful” TV series on BET Networks.  Leela James will release her Stax Records Album “My Soul” on May 25, 2010.

NEW YORK, NY, April 30, 2010 — Procter & Gamble (P&G) today announced singer Leela James as one of the co-hosts for the second season of its successful “My Black Is Beautiful” television series that will return to BET Networks beginning May 2, 2010. Leela James joins actress Tasha Smith, actress/comedian Kim Coles and television personality Alesha Renee to co-host the six-episode, half-hour show. Airing on Sundays at 1:00 PM EST, the show is an extension of P&G’s My Black Is Beautiful campaign to celebrate Black beauty and uplift the images of African-American women.

“My Black Is Beautiful” is an energetic, interactive and informative series that celebrates the unique and dynamic qualities of the African-American woman. The show will present a national forum for Black women to talk about their most important beauty, health and quality-of-life issues. It also will provide advice and tips on fitness, health and wellness as well as fashion and pop culture trends.

Leela James has often been praised as a symbol of black beauty for her signature big hair and sense of style. When asked about her thoughts on beauty and haircare, the R&B/soul singer recently told Essence.com, “I march to my own beat. I feel like whatever you want to do with your hair is fine… It’s all about freedom of expression.”

On the heels of the “My Black Is Beautiful” television series, Leela James will release her upcoming album “My Soul,” on May 25, 2010 on new label home Stax Records/Concord Music Group. The album offers you a glimpse into what makes this amazing artist such a powerful and inspirational woman. The first single, “Tell Me You Love Me,” a soulful track that she co-wrote with Andrea Martin and Gordon Williams, hit the Top 20 on Billboard’s Adult R&B Charts. The track was produced by rap and hip-hop producer Gerrard Baker (Toni Braxton, Billy Crawford, Masta Ace), who deftly inserts a sample of James riffing on a line from “Then You Can Tell Me Goodbye,” the classic ballad made popular among soul audiences by the Manhattans in 1978.

As Leela sings “I Ain’t New To This,” another track on her upcoming “My Soul” album, it’s clear she is no stranger to the music scene. She made her recording debut with “A Change Is Gonna Come,” released on the Warner label in 2005. The album was a critically acclaimed effort that kept her busy with an aggressive tour schedule of electrifying live performances, introducing her to festival audiences in the Netherlands, Switzerland, South Africa and elsewhere around the world. She was nominated for the 2006 Outstanding New Artist Award by the NAACP Image Awards and Best R&B/Soul or Rap New Artist of 2008 by the Soul Train Music Awards.

Leela James is currently gearing up to tour this summer, reaching out to the fans that love and feel inspired by her music.

For more information about the “My Black Is Beautiful” campaign and television series, visit www.myblackisbeautiful.com.