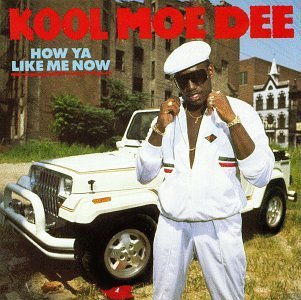 Just thinking of this song makes me smile as I think back to my days of listening to this tape on my boom box and the old dances we used to do to this song.  My favorite line “break out before you get bum-rushed.”  Oh, and for you 90s babies, the Will Smith version is not the original one.

Enjoy this trip back to 1987 with “Wild Wild West” by Kool Moe Dee!

While Kool Mo Dee’s commercial rap success had a finite window, he has some notable accomplishments to his resume.  Kool Mo Dee kicked off his rap career with the Treacherous Three in the 70s.  When he went solo he enlisted the help of then unknown Teddy Riley.   The single “Wild Wild West” is from his second solo album “How You Like Me Now” released on Jive Records in 1987.  In video for the single by the same name (How You Like Me Now), he rolls over a kangol hat that kickstarted a beef with LL Cool J that really didn’t go far (thank God!).  In 1989, Kool Mo Dee became the first rapper to perform on the Grammy’s.

Read more about Kool Mo Dee by checking out the links below: