You are here: Home / ifelicious tv / Final season of Aaron McGruder’s “The Boondocks” returns on May 2 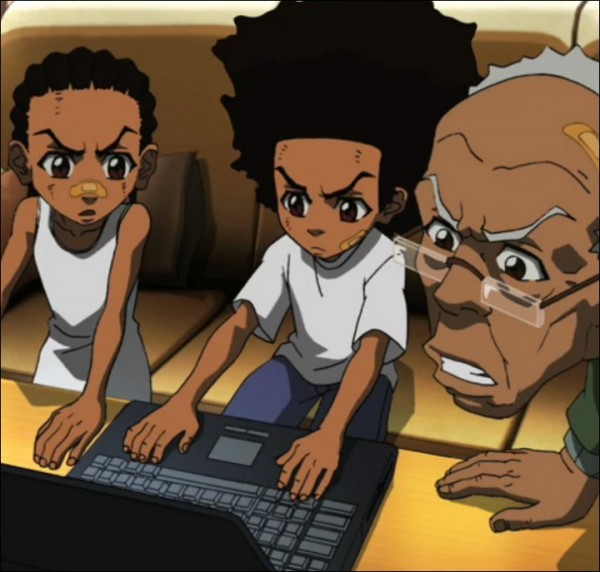 Here’s the season 3 trailer put out by Adult Swim…

Be sure to check out the blog for The Boondocks (www.boondocksbootleg.com).  There’s already some hilarity in progress.

Here’s a little background about the show…

The Boondocks began its life as a comic strip in The Diamondback, the student newspaper at McGruder’s alma mater, University of Maryland, College Park. The strip later found its way into The Source magazine. Following these runs, McGruder began simultaneously pitching The Boondocks both as a syndicated comic strip and as an animated television series. The former goal was met first, and The Boondocks debuted in newspapers in April 1999. (source: wikipedia)

The Boondocks takes place in the fictional suburb of Woodcrest, where the Freeman family settle after recently moving from the South-side of Chicago. The family consists of Huey, the intellectual, Riley, who desperatly wants to be the gangster rappers he idolizes, and Granddad, who is looking for love in his old age. (source: The Boondocks Fan Page on Facebook)