You are here: Home / ifelicious music / Melky Jean launches The (I Am) Care for Haiti Project to help women, CD to come (free mp3 download) 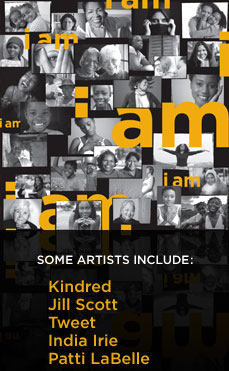 Watch the video below about the Care for Haiti Project…

March 25, 2010, NEW YORK, NY (24-7 Press Release) — America’s top Grammy nominated artists and internationally celebrated musicians have partnered with R&B singer and musician Melky Jean to launch a worldwide effort to benefit women and children in Haiti and to end poverty in the region. Entitled The (I AM) CARE FOR HAITI Music Project, the effort will culminate in a benefit album featuring original songs and selections from Patti LaBelle, Jill Scott, Patti Austin, Talib Kweli, KRS-1, Sean Paul, Angelique Kijo, Melky Sedeck and Brooke Hogan among others. Grammy Award-winning artist Wyclef Jean will also contribute songs to the project. Melky Jean will serve as the executive producer of the album compilation. will serve as the compilation album’s executive producer. ThYele e world music album will be released in August 2010.

The (I AM) CARE FOR HAITI Music Project has also partnered with the nonprofit organization Carma Foundation (http://www.carmafoundation.org/), CARE (http://www.care.org/) and Wyclef Jean’s Yele Haiti Foundation (http://yele.org/) to help generate awareness of the extreme poverty in Haiti and to increase the visibility of the country and its proud history. All proceeds from the benefit album will directly benefit the work of Yele Haiti and CARE and their mission to help the women and children of Haiti. The initiative is sponsored by The Norbert Simmons Family Foundation.

“80 percent of the population of Haiti survives on just a dollar a day,” said Melky Jean. “Those most affected and living in poverty are women and children who make up about 70 percent of the world’s poorest people. With The (I AM) CARE FOR HAITI Music Project we hope to be a catalyst for change and to raise resources to help provide fundamental business skills as well as access to health, food and educational opportunities for the women and children of Haiti. Women are the world’s greatest natural resource for fighting poverty; by educating one woman we can change a community and raise the hopes of a country. I’m pleased to have gotten the support and help of some phenomenal women, and the support of men as well to assist in this effort to end the extreme poverty in the world’s first independent Black republic.”

In addition to the charitable album celebrating the resilience of Haiti’s women, the initiative plans to facilitate trade and educational trips to the impoverished region to promote interest in the country’s development. In March a team of fifteen American women will travel to Haiti in a show of solidarity for women and their families, with a goal of furthering the cause of a prosperous Haiti, freed of poverty. Later this year, a benefit concert and tour featuring artists and songs from the world music album will be announced.

“I could use the musical gift that God gave me in a positive way and en-site change. This will be the first time a charity album of this magnitude has been done and dedicated to helping Haiti. Big brother immediately thought it was a great idea, and in true big brother fashion he supported me, stood by me, and nourished the project,” proclaimed by Melky Jean.

“CARE is thrilled to be a part of The (I AM) CARE FOR HAITI Music Project and its effort to change the lives of the millions of Haitian women and children living in poverty,” said Gary Philoctete, Acting Director of CARE Haiti. “For over 50 years CARE has worked side-by-side in Haitian communities to address the root causes of poverty — lack of access to education, increasing women’s voices in family planning and addressing inadequate health care issues. Through our experience we have come to realize that women and girls are key catalysts for breaking the cycle of poverty within communities. We are inspired by the steps taken by Wyclef and Melky Jean, Norbert Simmons Family Foundation and the artists who are committed in raising their voices to help change the lives of women and children in Haiti. Together we can go far for Haiti.”

Additional news, information and updates about The (I AM) CARE FOR HAITI Music Project will be available throughout the year at the organization’s website at http://www.careforhaiti.org.

Companies, individuals and others in the U.S. and internationally interested in joining The (I AM) CARE FOR HAITI Music Project and its mission to end poverty are invited to sign up to contribute their time or make monetary donations at http://www.careforhaiti.org.

In addition to Carma Foundation, CARE and Yele Haiti, companies including Bridge House Studio, Carma, Inc. have donated their services to The (I AM) CARE FOR HAITI Music Project and will continue to support the project throughout the year.

About The Carma Foundation Mission

The Carma Foundation’s is a non-profit organization classified under section 501(c)(3) of the Internal Revenue Code. The mission of Carma is to measurably improve the health of poor and vulnerable women and children in Haiti. Carma effectively utilizes media and pop culture to create a platform of awareness, dialogue, and then action. Carma, an urban spin on karma, embodies the belief of cause and effect behavior or practices to affect the lives of others. It is with this belief that Carma mobilizes others to not only care, but to become involved. Since its inception in 2007, Carma has already impacted the lives of tens of thousands of Haitian women and children and plans to extend its reach to the millions of Haitian citizens.

Haiti leads the western hemisphere with the highest poverty level amongst any of its hemisphere’s neighbors. The Carma Foundation has chosen to spearhead several small projects addressing the needs of education, skill development and job creation of women and children in Haiti. In addition, the future goals of Carma are to reform Haiti’s infrastructural needs in the areas of reproductive health, proper nourishment, health care, and STDs.