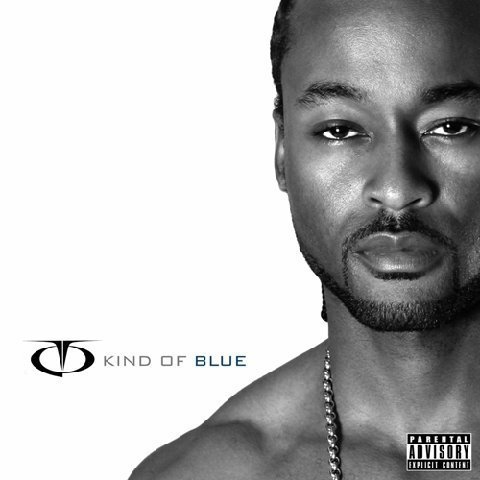 Los Angeles, CA — Fifteen years in any business is a milestone these days, and as an established singer, songwriter and producer, California native TQ has endured a number of crazy adventures in his music career. From his early days in a boy band and platinum solo success, to a stint with Cash Money Records, followed by independent work and touring in Europe, his experiences are endless.

On March 23, 2010, TQ is releasing his new 18-track album “Kind of Blue.” He just debuted the new video for his single “Electronic” as remixed by UK production team Tigerstyle, and is in process of working on dates for The BLUE Tour.

“The new album is crazy!” says TQ, “I’m really flying on this one. The older I get, the less I care about the norm. Music is completely fun right now, and there doesn’t seem to be any pressure. I’m just writing about my life and all it’s experiences. There will be something on this album to satisfy a lot of different kinds of listeners. It reminds me of when I first started.”

TQ had very humble beginnings in music, and rose to almost overnight fame with his debut solo album “They Never Saw Me Coming” in 1998. Known for his gritty hood tales and party-themed lyrics, the young singer had the persona of a rapper. Even still, the ladies loved TQ, and fans of all races, ages and nationalities embraced the emotional stories he set forth. The single “Westside” topped the charts in several countries, and has sales of over 1.5 million to date.

Now fully independent, TQ spent the past year recording “Kind of Blue” in both Europe and the States. Because he has so much music, TQ is also releasing a limited edition version of the album that includes some remixes and exclusive tracks, along with his rendition of “Dirty Diana” in honor of Michael Jackson. Dates for The BLUE Tour will be announced soon!

“‘Kind of Blue’ is a throwback album for me,” TQ explains. “I really went back to my roots on this one and based all these records on true life events and circumstances. It’s the most natural way to do it for me. I went completely against the grain and made rebel music again. This album is for that section of people in every country that are starving for real life ‘Reality R&B’. I’m here to let them know that this is the place to get it.”

Singer/songwriter/producer TQ hit the music scene in 1998 with a style that made him different than any other R&B singer on the market. They called his style “Reality R&B” and that style has been repeatedly imitated since then. A native of Compton, California, his swagger and delivery made some fans regard him with the same appeal as a rapper. In fact, in most music stores TQ’s albums can probably be found in the rap section. Realistic lyrics in songs that deal with real life issues is what TQ says makes for this confusion. “It’s just not your average R&B,” TQ says.

Now with a solid 15 years in the business to his credit, TQ will debut his new album “Kind of Blue” on March 23, 2010 in association with Affiliated and E1 Entertainment.

While most R&B artists sing about mainly about love, TQ set himself apart with cutting edge songwriting, branding his own type of “Reality R&B”. He started his professional music career in ‘93 with a young B-Boy group Coming of Age. His own 1998 debut solo album “They Never Saw Me Coming,” which included the hits “Westside” and “Bye Bye Baby,” made him an instant worldwide success.

The single “Westside” debuted in the Top Ten in many countries, and in some countries at #1 the first week. The song stayed on top of the charts for weeks, collectively selling in excess of 1.5 million singles worldwide. TQ had fans from all over the world “throwing their dubs in the air” with the four-fingered Westside symbol, including many fans who didn’t speak a lick of English.

TQ then followed up with a second album “The Second Coming” with the classic hit “Daily,” which was exclusively distributed in Europe. For his third album, TQ returned to the U.S. market with Listen…, which offered a perfect rendition of Prince’s hit ballad “Adore.” Many fans and critics stated it was one of the best Prince cover tunes that had ever heard. The album also included production from Mannie Fresh, formerly of Cash Money Records. His 2008 project “Paradise” spawned the fan favorite “S.E.X.Y.” and featured Static Major, Krayzie Bone, Jagged Edge and B.G.

While he has had both major label and independent success, TQ stayed the independent route in a partnership with Affiliated/E1 Entertainment America (formerly known as KOCH Records) for his brand new album “Kind of Blue.”

TQ states that the freedom to create is equally as important as being able to control his business. “I guess for me, the biggest thing now is ownership of the biggest slice of pie. Due to the state of the music business, in order to be successful I have to make the highest dollar amount per unit. In order to do that you have to cut out a lot of the middle men. Being independent allows me to get straight to the consumer, and that’s exactly where I want to be.”

After having such a phenomenal success with his first single “Westside,” it appeared that some of TQ’s songwriting talents got lost in the shuffle of his promotion. He is now in a position to let the world experience his full discography, which is still growing by the day. Throughout his career, TQ’s diehard fans from all walks of life respected his true talent.

“After Westside was an established hit, the damnest person would come up to me in the streets and give me props on my pen”, recalls TQ. “Like some guy wearing a suit in the elevator, or some old lady that you’d never expect. I think the most satisfying part of my work comes from the fans who write me and quote some of my lyrics in past songs. Now that’s hot!”

A man of many talents, TQ also branched off into an acting career. He landed four film roles in a short time, and plays the main character in two of them: “Richard III,” a remake of the Shakespeare Classic, “The Devil’s Grind,” a hardcore urban hustler’s tale; and “Rockin Meera,” an international action-packed love story. TQ’s latest project will be a gritty, urban Romeo and Juliet modern day drama entitled “One Love,” which is in pre-production at the moment.

TQ’s mission is do more albums, more films, and a heavy dose of touring with The BLUE Tour. “Always into something… and just really determined”, asserts TQ. “I set goals for myself at an early age, and I refuse to not reach them all. There have been times when I’ve been knocked down, but I just get the f*ck back up. The next time I’ll see that punch coming and slip it. It’s all a learning experience, but you gotta keep that fight in you. If you don’t, then it just ain’t worth it.”