You are here: Home / ifelicious tv / the hills / Season 6 marks the end of “The Hills” for MTV 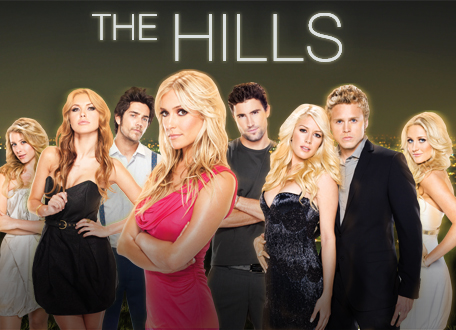 I just via MTV’s twitter account (@MTV) that this upcoming season of MTV’s “The Hills” will mark the end of the show’s taping (see MTV Remote Control Blog “Say it ain’t so! The Hills to sign off after season 6“).  It makes sense given that the show’s original star, Lauren Conrad, and one of her besties, Whitney Port, have moved onto other projects.  Not to mention that Spencer Pratt had to leave part of this season’s taping to attend anger management classes (see Us Magazine article “Spencer Pratt is not Leaving The Hills“).  Not even Kristin Cavallari can drum up enough drama on her own, and Heidi…well…she’s Heidi.

I’d say that I won’t miss it, but seeing that this makes the 22nd blog post that has some correlation to the show (see all of my blog posts about The Hills by CLICKING HERE, also “MTV The Hills: Audrina Patridge to start filming new reality show and returns for Season 6“), I guess I’ll have less to write about except for various updates on cast members.

The Hills Season 6 trailer is now online!!!  Peep it below.  It’s juicy!

Did I hear that correctly in the trailer? Heidi and Spencer and the “D” word all in one sentence? Well, not to fret because MTV UK is already reporting that Heidi has ensured them that the two are in love (see “Speidi Survive“)