You are here: Home / ifelicious tv / In The Life / Series IN THE LIFE names Ohio as one of the worst states for LGBT rights 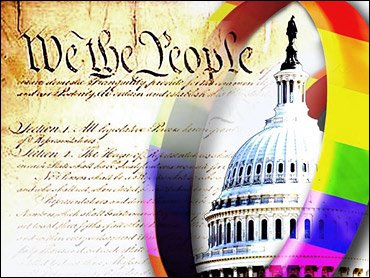 This amendment was Issue 1 on the Ohio ballot in 2004 where 62% of Ohioans voted YES joining 10 other states at the time that also had similar provisions outlawing same sex marriage.

Ohio civil rights statutes, R.C. Chapter 4112, do not include sexual orientation among their protections. In fact, while R.C. 4112.02 prohibits discrimination based on “handicap,” that term is defined specifically to exclude homosexuality, bisexuality, and other sexual disorders or dysfunctions. Further, while at least sixteen states with hate crime legislation include a penalty enhancement for crimes motivated by sexual orientation, the Ohio ethnic intimidation statute has no such provision. (source: Greenwood vs. Taft, Stettinius, and Hollister)

The good news is that the Ohio House of Representatives passed House Bill 176 with a vote of 56 to 39 back on September 15, 2009.  This bill protects same sex and transgendered persons from discrimination in the workplace or when seeking housing. It is now awaiting approval from the Senate before Governor Ted Strickland can sign it into law (see Progress Ohio “BREAKING: HB 176 passes House 56-39!.”)

4 years ago, I settled into the Victorian Village neighborhood of downtown Columbus, Ohio.  It borders the Short North Arts District and is considered one of Columbus’s gay friendly and more progressive neighborhoods.  While I am not gay, my husband and I enjoy the benefits of living in a microcosm of young professional progressive thinkers.  As the Gay Columbus Guide states about the neighborhood I live in (and a few others), “This part of Ohio ranks among the highest per capita donations to LBGT political causes in the USA. Way to put your money where your heart is, Columbus.”

It, therefore, immediately caught my attention to see “In the Life” feature Ohio as the first of the “In the States” series.  Just 5 years ago, Ohio ranked 51st (when including Washington, DC) as the worst state for LGBT rights.  My initial reaction was complete embarrassment for the state where I reside.  I also wanted proof and to know the position of Ohio’s lawmakers, hence all the research I did that I summarized in the “Background” section above.

The “In the States” segment brought to light several hard to digest realities for the LGBT and gay friendly population within Ohio.

I don’t want to share all of the details of the segment, but I will tell you that I was particularly touched by Toby Newton and Jimmie Beall’s stories.  In my opinion, it’s time to stop letting your personal/moral beliefs interfere with politics. As much as the United States proclaims the separation of church and state, we are constantly reminded that is not the case when it comes to issues such as sexuality, race, and gender.  While I was assured in both the segment and my research that Ohio is on a path to being more inclusive with their legislation, we still have a long way to go.

View “In the Life: In the States- Ohio” below and be sure to check out all of my blog posts for the “In the Life series.” The blog post “Mar 2010: IN THE LIFE “Bullycide” contains the complete episode, segment summaries, and additional resource links.