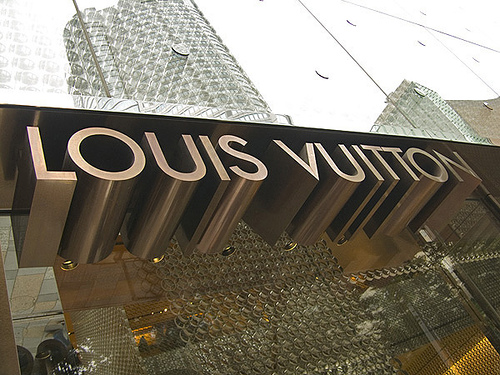 I missed the chance to inform you sooner, but it’s still not too late to view a rebroadcast of Louis Vuitton’s Autumn/Winter 2010-11 collection on the Facebook fan site www.facebook.com/louisvuitton.  It originally was streamed live yesterday (March 10, 2010) from Paris, France to those who downloaded the iPhone app on appsforwomen.net.  Hurry!  According to the Facebook fan site, this video will only be accessible online for 24 hours.

Louis Vuitton set a different kind of trend by being one of the first high end designers to use social media to stream a live launch of their collection.  Super cool! 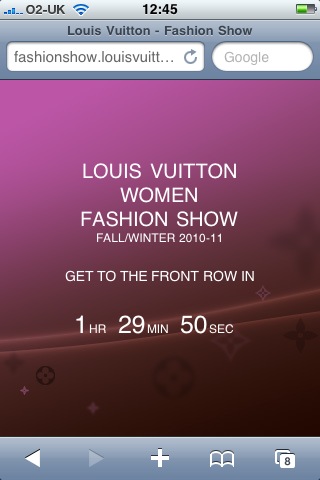 Here’s a few excerpts from the press release…

It’s expected that other fashion houses and designers will follow in Louis Vuitton’s footsteps, and more apps for women will emerge from this pioneering step. With apps to alert women when they are at their most fertile, and others specialising in women’s exercises, it seems smartphone software developers are looking to integrate technology into every part of female daily life.

AppsforWomen.net launched at the start of 2010 and began immediately compiling the most useful and interesting apps for girls that are available to download. The site reviews each app, highlighting its best features. One example of the iPhone apps women might be interested in is the Baby Names app, which gives details of a name’s origin, meaning and popularity, along with email and tweeting options.