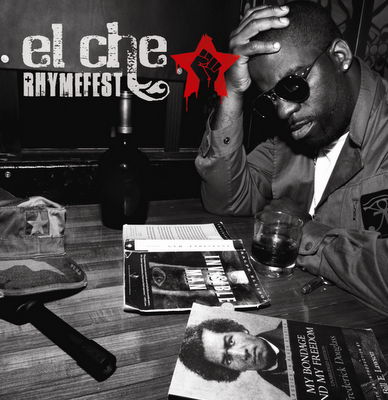 “Everyone needs a hero, what’s my name—EL CHE”

Rhymefest’s sophomore LP, “El Che,” (in stores May 18th, 2010) delivers raw lyrics over epic production and Hip Hop lovers should expect to hear an unfiltered Rhymefest, liberated from the corporate suits and oppressive major label ideals of the prevailing record industry as evidenced by the hard-hitting “Talk My Shit,” “One Arm Push Up” and the frenetic Scram Jones produced “Give It To Me” f/Saigon & Adad. Always one to deliver a cohesive and diverse project, Fest and Phonte of Little Brother drop playful barbs on “Say Whassup” and gets celebratory on odes such as “Prosperity” and “How High” f/Little Brother and Darien Brockington.

As dN|Be Entertainment’s flagship artist, Rhymefest now has full creative control over his projects. When questioned about his new partnership with dN|Be Entertainment, Rhymefest mentioned “I wanted to be somewhere that not only appreciates artistry, lyricism, and originality, but also serves a greater purpose in Hip Hop and the Black community.”

On the heels of releasing El Che, Rhymefest will be releasing his last pre-album mixtape, “DANGEROUS: 5-18” on ElCheTheMovement.com this April; Rhymefest’s tour dates (including Austin’s SXSW) can also be found there.