You are here: Home / Beauty/Fashion / Let me clear my throat! Forever K. Michael Collection sets its sights on the Legendary DJ Kool for endorsement deal 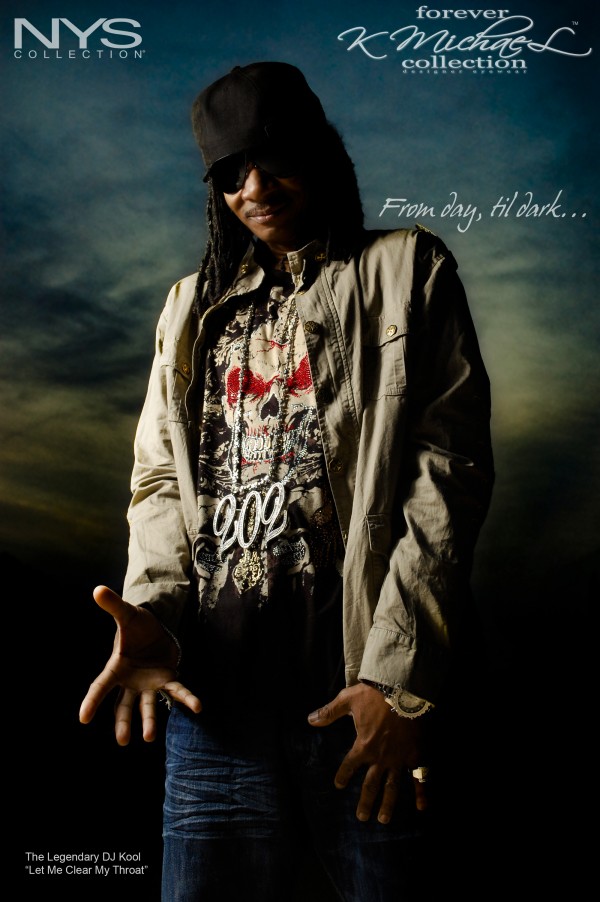 (1888PressRelease) March 09, 2010 – ATLANTA, GA – The Forever K. Michael Collection (www.foreverkmichael.com) announces the second musical artist to join the ranks in the company’s premier campaign, “From day, till dark.” Multi-Platinum recording artist and producer, and Washington, D.C. native, the Legendary DJ Kool, will be featured in the designer eyewear brand’s launch slated for spring 2010. Known around the world for his mega-hit, “Let Me Clear My Throat,” DJ Kool is an entertainment veteran who is consistently rated among the upper echelon of the industry’s major influencers.

Forever K. Michael Collection Founder, Khristian Michael, is taking his passion for music and using it as the backdrop for his new line of designer eyewear. The “From day, till dark” campaign will feature artists who have inspired Khristian Michael’s creativity. “DJ Kool is a trendsetter, and having his image associated with my brand speaks volumes”, says Khristian Michael. Constantly re-inventing himself, DJ Kool is currently working on a project with R&B icons Bell, Biv, Devoe and has several singles slated for release this year-including a greatest hits record.

DJ Kool speaks on why working with this designer eyewear brand made sense to him. “Khristian Michael is a visionary and he’s extremely savvy when it comes to what is influencing the urban set,, Kool says. “We’re longtime friends–so working with him on this venture made sense. Khristian brings a fresh new energy to the industry and he’s very next-level in his approach with this eyewear line…I’m looking for great things to come from the Forever K. Michael Collection.”

“I grew up listening to DJ Kool and dancing to his records. His music sparked a certain energy in me…it resonated,” says Khristian Michael, Founder and President of Forever K. Michael Collection. “In this line, I’m paying homage to those who inspired me to achieve my dreams…and DJ Kool is one of those people. It’s my way of giving back to one of the most influential and timeless artists to come out of Washington, D.C.”

About DJ Kool
Considered a pioneer of Hip-Hop in the Washington, DC area, DJ Kool is known for his smash platinum hit, “Let Me Clear My Throat” which sold over 2.2 million records worldwide–and has been performed in almost every country and continent around the world. A string of other hits are easily recognized in scores of films and product endorsements including: XBOX 360 and Playstation 2’s “DJ Hero”, Pepsi, “Drumline”, “Hancock”, “Bring It On” and most recently “Whip It”, starring Eve. DJ Kool has countless collaborations with other artists–both pioneers and new trendsetters like: Chuck Brown, Dougie Fresh, Biz Markie, Fat Man Scoop, DJ Funk Master Flex (whose records have gone platinum), Redman’s “Let’s Get Dirty” (which earned gold status) and Will Smith. DJ Kool is an international entertainer who has been an integral part of the music industry for over 30 years. And as the recipient of 17 national and Washington, D.C. area music awards and honors, it’s no mystery how heavily DJ Kool has influenced today’s mega deejays and artists. He is currently touring and performing around the globe and entertaining fans in today’s hottest clubs and arenas, while gearing up to release his newest project in 2010.