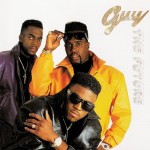 I just heard "Let's Chill" by Guy come up on my hubby's playlist and it took me back.  It also reminded me that I don't typically post true R&B songs as Throwback Fridays.  It's that song we used to hope some guy or gal would catch your eye and ask you to slow dance hard as we did back those days, lol.  Today, at the moment it came up on the iPod, what came to mind is how … END_OF_DOCUMENT_TOKEN_TO_BE_REPLACED 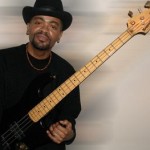 March 3, 2010 (WENN) -- Rapper ROBERT CRAFTON III has died after suffering a stroke at the age of 47.  The musician, also known as Chilly B, died on February 23, 2010 in Brooklyn, New York. He also suffered from diabetes and kidney problems. The bassist, songwriter and rapper joined hip-hop group Newcleus in the 1980s, and helped redefine the sound of electro-pop. The … END_OF_DOCUMENT_TOKEN_TO_BE_REPLACED

March 4, 2010 (WENN) -- SNOOP DOGG has won a legal battle to gain entry to the U.K. - three years after government officials banned him from Britain. The hip-hop star, real name Calvin Broadus, incurred the wrath of immigration officials in 2006 when he was arrested following a fracas at London's Heathrow Airport. The following year (07), he was denied entry into the country, … END_OF_DOCUMENT_TOKEN_TO_BE_REPLACED 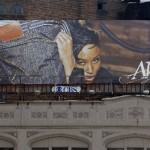 March 4, 2010 (WENN) -- Advertising billboards for rapper T.I.'s clothing brand Akoo (www.akooclothingline.net) are set to be taken down in Newark, New Jersey after drawing criticism for its sexually-suggestive tones. The ad, which features a woman kneeling in front of a man while appearing to pull down his unbuckled jeans, caused controversy among locals and city officials … END_OF_DOCUMENT_TOKEN_TO_BE_REPLACED