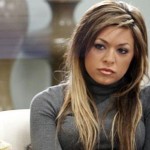 LOL! I had no idea... Gotta love this!  Kari Ann Peniche has recently made a name for herself in the reality TV circuit on VH1 shows "Sex Rehab with Dr. Drew," "Celebrity Rehab 3," and not yet aired "Soberhouse 2."  Apparently, she's putting her vocal skills to the test with the recent release of "U and Me and Tiger Make 3." I really wanted to be sympathetic to Kari … END_OF_DOCUMENT_TOKEN_TO_BE_REPLACED 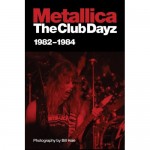 February 6, 2010 (PR Log) -- Metallica: The Club Dayz 1982-1984 is a collection of photographs of the legendary rock band Metallica that were shot by renown metal photographer Bill Hale during the band’s formative years in the Bay Area club circuit between 1982 and 1984. This book contains rare and exclusive photographs from six of the band’s earliest performances including … END_OF_DOCUMENT_TOKEN_TO_BE_REPLACED