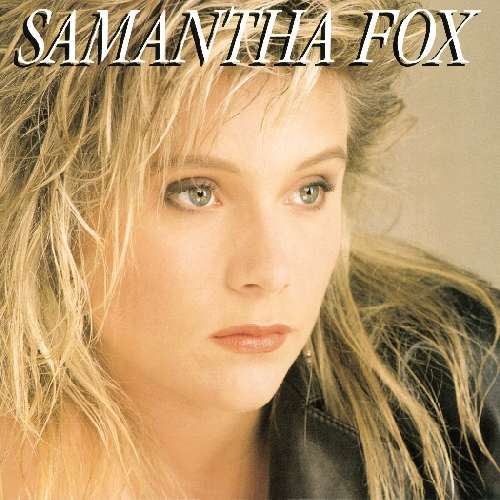 OMG!  I used to love this song back in the day.  Takes me back to playing on my club soccer team.  It was one of those songs when we were carpooling to a soccer game and it came on, we begged the parent to turn it up and would sing along.  I don’t think my parents were so in love with me singing along at that time to a song called “Naughty Girls” but that’s when you sang and danced in innocence, and the beat was so perfect for roller skating at Skateland. LOL!!!  Mind you,  Samantha had a series of racy hits like “Touch Me” and “I Wanna Have Some Fun.”  Not to mention, that spent her early career in Britain’s “Daily Sun” newspaper as a “page 3” topless model.  According to her IMDB profile, she was the youngest “page 3” model at age 16.

You HAVE to watch this video!  It captures 80s fashion so well.  The dance moves.  “Naughty Girls” came from Samantha Fox’s self titled sophomore album in 1987 and made it to number 3 on the US Billboard pop charts.  The album marked her cross over success from the UK to the US.

While I wonder where Samantha’s been over the years, I see she was on UK’s “I’m A Celebrity Get Me Out of Here!” on ITV in 2009 and looks like she hasn’t aged a minute in 20 years (see article “I’m A Celebrity kicks off with Sam Fox in shark-infested waters, as Katie Price arrives in Australia to join camp” from UK’s Mail Online).

interview with Samantha Fox after getting kicked off “I’m A Celebrity, Get Me Out of Here!”