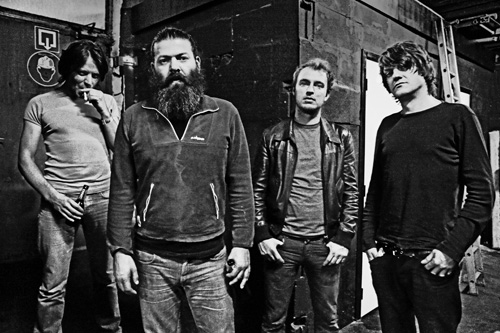 Fresh off a European tour with The Dead Weather, Creature With The Atom Brain are gearing up for yet another exciting adventure. The band is thrilled to announce that they have just been invited by the recently reunited Alice In Chains to support them on a big part of their upcoming and practically sold out North American tour. The tour will coincide with the US album release of TRANSYLVANIA, their North American debut, out February 2nd.

TRANSYLVANIA is a collection of tracks featuring the band’s fusion of 70’s grooves with haunting indie rock. Rock Sound rave the band “keeps things deceptively simple and doggedly psychedelic,” while NME praises “any band that name checks forgotten ‘60s psych heroes The 13th Floor Elevators is alright by us. But Creature With The Atom Brain go one better by managing to sound like the first QOTSA album; that is, a heady, psychotropic descent into the underworld of drone-this is fantastic.”

Download the song “I Rise The Moon” by clicking the link below.

Tour Dates with Alice in Chains

video for “I Rise The Moon”…