I've been meaning to check out this web series since learning about them on Twitter, and I just watched the first 6 episodes of "Buppies" online.  My feelings toward BET's television programming has been lukewarm at best, so I didn't expect much from this web series either; however, I'm pleasantly surprised.  "Buppies" has a fun little storyline and good character development … END_OF_DOCUMENT_TOKEN_TO_BE_REPLACED 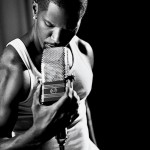 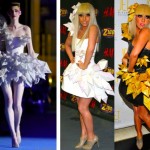 NEW YORK - December 28, 2009 - Pop star phenomenon Lady Gaga, known for her fashion-forward outfits, surprises the designers and provides inspiration on Launch My Line, airing Wednesday, January 6 at 10 p.m. ET/PT. In this week's challenge, the teams look to Lady Gaga for inspiration to create an avant-garde outfit, but they must make sure they are pushing the boundaries of … END_OF_DOCUMENT_TOKEN_TO_BE_REPLACED

(NOTE: nominations by category are listed at the very bottom) Avatar, The Hurt Locker, and Up in the Air also shine.  Awards ceremony to be broadcast live on VH1 Friday, January 15, 2010 at 9:00 PM EST/PST.  Kristin Chenowith to host. (Los Angeles, CA – December 14, 2009) – The Broadcast Film Critics Association (BFCA) has announced the nominees for the 15th Annual … END_OF_DOCUMENT_TOKEN_TO_BE_REPLACED