You are here: Home / ifelicious music / Kris Allen “Live Like We’re Dying” hot or not? 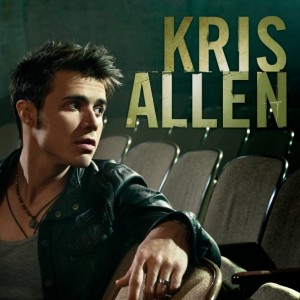 I heard this song late one night a few weeks ago, and I was reminded that Kris Allen actually was the one who won American Idol this past year. He’s definitely been overshadowed by Adam Lambert, not to mention the timing of album his release not only fell near Lambert’s but also Carrie Underwood, Norah Jones, and Michael Jackson.

Kris Allen released the first single, “Live Like You Were Dying,” off his eponymous debut album in September and the acoustic guitar-driven tune has climbed into the Billboard Hot 100. After three weeks it ranks at #70 on the Hot 100 and #39 on the Billboard Pop Songs chart. (source: Associated Content)

Kris Allen’s self-titled debut album dropped at No. 11 on The Billboard 200 album sales chart after selling only 80,000 copies during its initial week of release, according to Nielsen Soundscan data for the week ending November 22.

The American Idol eighth-season champ’s first-week debut album sales are the lowest of any Idol champ — a dubious distinction previously held by sixth-season winner Jordin Sparks, whose self-titled debut sold 119,000 copies and dropped at No. 10 on The Billboard 200 in its first week of release in November 2007. (source: Reality TV World)

I tell ya, Kris Allen alone is still a hottie. Maybe Taylor Swift will interrupt his performance sometime, somewhere and we can shine the spotlight on Kris for a minute.

I haven’t listened to his album yet, but…

…do you think the single “Live Like We’re Dying” is hot or not?

Pop music seems to like super edgy right now with the Lady Gagas and Adam Lamberts running the scene.  Is the cute, married straight guy too boring regardless of his talent?