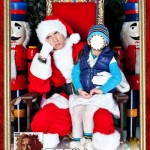 Sit on Shady Claus' Lap ... Send the Holiday Photo to Your Facebook Friends ... Purchase an Autographed Print and Benefit The Marshall Mathers Foundation ... Win Eminem's Santa Suit. SANTA MONICA, Calif., Dec. 22 /PRNewswire/ -- This Christmas, Shady Claus (aka Slim Shady aka Eminem) is coming to town with gifts for everyone! Via eminem.com, fans may insert their face … END_OF_DOCUMENT_TOKEN_TO_BE_REPLACED 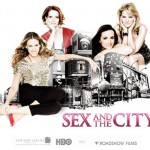 BURBANK, California, December 22/PRNewswire/ -- Carrie, Samantha, Charlotte and Miranda take another bite out of the Big Apple in the sequel to the 2008 blockbuster. Returning in their starring roles, as the four great friends are Sarah Jessica Parker, Kim Cattrall, Kristin Davis and Cynthia Nixon. Of course, where would these women be without their men? Also back for the … END_OF_DOCUMENT_TOKEN_TO_BE_REPLACED 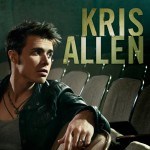 I heard this song late one night a few weeks ago, and I was reminded that Kris Allen actually was the one who won American Idol this past year. He's definitely been overshadowed by Adam Lambert, not to mention the timing of album his release not only fell near Lambert's but also Carrie Underwood, Norah Jones, and Michael Jackson. Kris Allen released the first single, "Live … END_OF_DOCUMENT_TOKEN_TO_BE_REPLACED